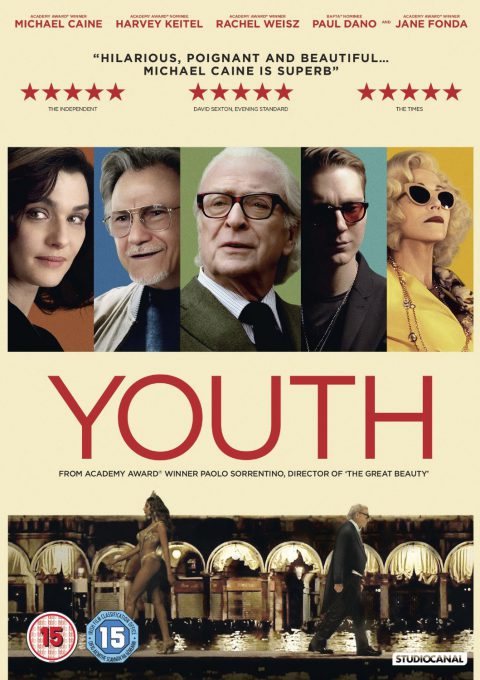 In Paolo Sorrentino’s film, Michael Caine’s retired orchestra conductor finds himself experiencing crushing ennui. He mopes inscrutably around a swish Alpine sanitorium Ballinger is staying in, whose guests also include a famous American filmmaker (Harvey Keitel), who happens to be his closest friend, as well as a hip young actor (Paul Dano), Mark Kozelek (playing himself) and a levitating Buddhist monk.

Youth is a quietly batty film, in which Ballinger’s son-in-law runs off with Paloma Faith (also playing herself), and where surreal, dream-like sequences rub shoulders with archly deadpan dialogue. “I’m having a thorough-cleansing of my intestines today,” Ballinger says. The film is beautiful to look at – the landscape is incredible, while Sorrentino indulges some predictably brilliant flourishes, ranging from artfully choreographed set-pieces to swooping camera moves. Beneath its luxurious surface, bubble themes of ageing and regret. “Being young makes everything close,” one character says. “Being old makes everything far away.”