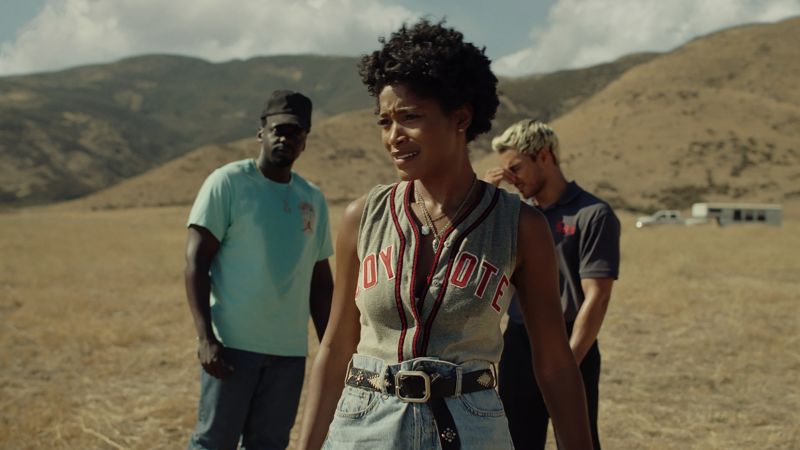 Jordan Peele returns with another horror gem to add to his work. Once again teaming up with Get Out star Daniel Kaluuya, as well as starring an excitingly exuberant Keke Palmer, Nope is thrillingly abnormal, it’s hard to look away from throughout its runtime.

It’s best not to give too much away as every scene becomes more and more eye-opening than the last, but there are constant scene stealing set pieces that will immediately want you to rewatch them over again. Kaluuya and Palmer star as siblings who run a horse training ground for them to be used in big movies or commercials. But the horses start acting awry after being deeply affected by something occurring in the sky…

The film gives frequent nods to classic spectacles of cinema from the past (Close Encounters Of The Third Kind, for example)  and boasts an impressive supporting cast of rising stars (Brandon Perea, Steven Yeun, Barbie Ferreira). Like Get Out and Us before it, there are a plethora of double meanings to take from certain moments (the rise of social media, climate change etc.) It’s deserving of so many repeated viewings, Kaluuya and Palmer casted perfectly as siblings freaking out over the cusp of potentially discovering something shocking (and ultimately newsworthy).

A triumph of cinema in itself, and suitably fitting in the horror and sci-fi genres equally, Nope will have you wanting to say yes to many more Jordan Peele directed greats.

For fans of: Close Encounters Of The Third Kind, E.T., Jaws