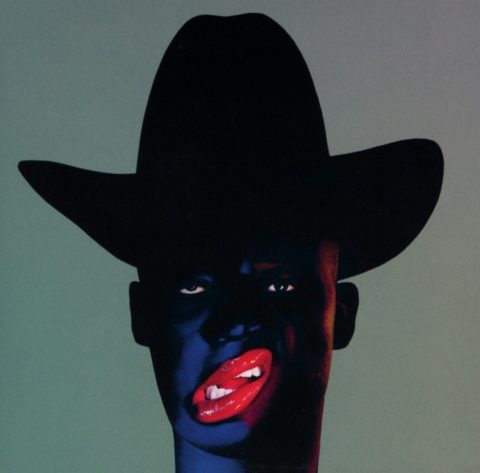 Just six months after winning the Mercury Prize for their debut album, Dead, Glasgow hip-hop trio Young Fathers were back with their second album. 2015’s White Men Are Black Men Too just missed out on the UK Top 40, but it was another political, adept and supremely British record.

While their second LP came perhaps a little too quickly, one couldn’t level that accusation at their long-awaited third, now long-awaited for three years. Alloysious Massaquoi, Kayus Bankole and Graham ‘G’ Hastings seem to have used the time wisely, however, recording a large number of songs and then distilling them down to a snappy, high-quality set of 12 tracks.

“The album we’ve been trying to make since we were 14,” as G described it on Radio Scotland recently, is a sparser, hard-hitting record, but with a more infectious, diverse feel – more of a greatest hits than a collection of deep cuts. Lord, for example, features the Leith Congregational Choir over an out-of-tune piano, before loud synth notes obnoxiously, thrillingly intrude; Fee Fi’s sampled tribal drums recall Joni Mitchell’s The Jungle Line, here laid under pitch-shifted vocals and illbient drones.

The tracks spin by, some of them recalling punk in their paciness and brevity: Wire mixes a happy hardcore bounce with gang vocals, and is all over in 100 seconds; two-minute opener See How, meanwhile, is dubby electro with wonky production, as weird as it is soulful.

As a whole, Cocoa Sugar is hard to pin down, such is its mix of influences and approaches. Its long gestation seems to have paid off, though, with its impact strong, and its message clear. As the final, murmured lines of Lord have it: “While the government wants to control/The culture will set you free…”