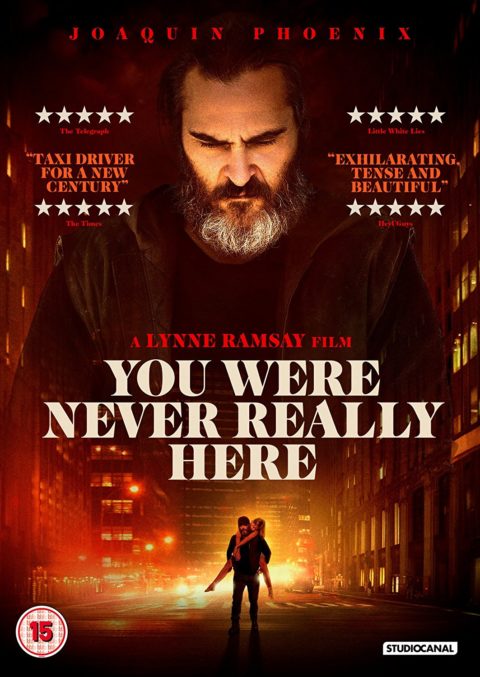 A psychologically damaged veteran driving around New York at night; a young girl in danger from predatory older males; a politician up for re-election. You might be forgiven for wondering exactly which film we were talking about here.

Certainly, it’s hard not to watch Lynne Ramsay’s latest film without thinking of Martin Scorsese’s Taxi Driver. In Joaquin Phoenix‘s Joe, she has created a man who has taken to heart Travis Bickle’s famous maxim and is relentlessly washing the scum off the streets.

When we first meet Joe, he is washing blood from a hammer. There are jump cuts to a child in some kind of distress. Joe’s mind is a jumble of memories, flash-forwards and – perhaps – fantasies, from which it is possible to glimpse a childhood marred by abuse and more recent but equally distressing experiences accrued during wartime.

In effect, Ramsay offers us a study of a man whose life has been corroded by violence but who now believes that some kind of rescue for himself – and for others – might be possible. A fearsome score from Jonny Greenwood amplifies Joe’s state of mental distress.