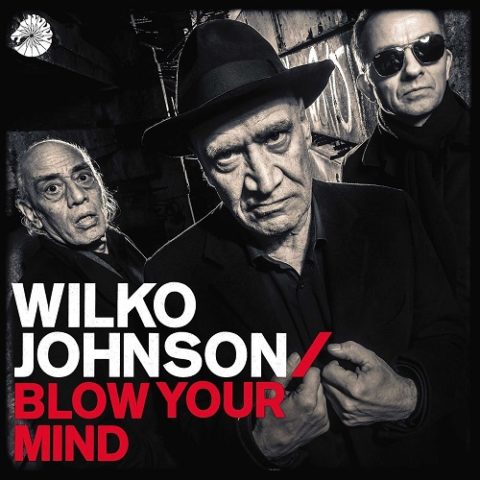 “Feel so good,” sings Wilko Johnson, “down here in my misery.” It’s a typically clever, barbed line from a guitarist, singer and songwriter who has battled his fair share of dark times, but came out of them a bona fide legend.

Blow Your Mind is the Canvey Island-born Johnson’s first album of original songs for three decades, and it comes on the heels of the successful Going Back Home, recorded with The Who’s Roger Daltrey on vocals, released in 2014. Since then, Johnson has come back cured from a terminal cancer diagnosis and is riding a wave of popularity that he hasn’t experienced since his days as chief songwriter and guitarist in Dr Feelgood. Now he’s back doing what he does best – writing excellent, rhythmic songs in his unmistakable Thames Delta style.

No radical departure from his signature garagey blues, Blow Your Mind is a reliably exhilarating set of 12 songs recorded with his usual rhythm section of Norman Watt-Roy on bass and Dylan Howe on drums. Highlights include Marijuana, a 12-bar gem which features that “misery” line and is reminiscent of The Kinks’ Milk Cow Blues, Lament, a soulful, lilting instrumental, and Slamming, a caustic rock’n’roll gallop that finds Wilko impressively energised.

There’s variety here too: Tell Me One More Thing is swampy funk, recalling Johnson’s work with Ian Dury & The Blockheads, while opener Beauty, with Johnson in sprightly form vocally, is a solid blues stomper that recalls Wild Billy Childish trying out disco. The whole of Blow Your Mind sounds gloriously live, too, with Wilko’s single-tracked, fingerpicked and razor-sharp Fender Telecaster doing the work of multiple guitarists. Straight outta Canvey – long may he roll.