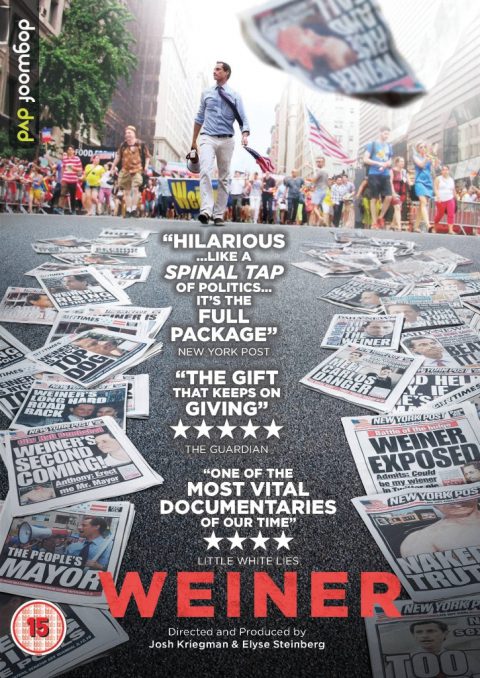 Anthony Weiner was a rising star in American politics until a sex scandal in 2011 halted his career; Weiner was discovered to have sent lewd texts to women under the pseudonym, Carlos Danger.

Two years later, he ran for mayor of New York, offering unrestricted access to Josh Kriegman and Elyse Steinberg’s film crew. The result is yet another spectacular political car crash for Weiner, as a second scandal engulfs his campaign. “I did those things, and I did a lot of other things,” says Weiner, whose ability to mangle words is remarkable. “I’m giving you the answer at this moment! I’m talking words!”

Essentially, Weiner is such a foolish, egotistical subject that much of Kriegman (a former Weiner staffer) and Steinberg’s film is akin to shooting fish in a barrel. But it is more than just a film of a political career in tatters: the presence of his stoical wife, Huma Abedin, reminds us that this is also a film about a marriage in decline.