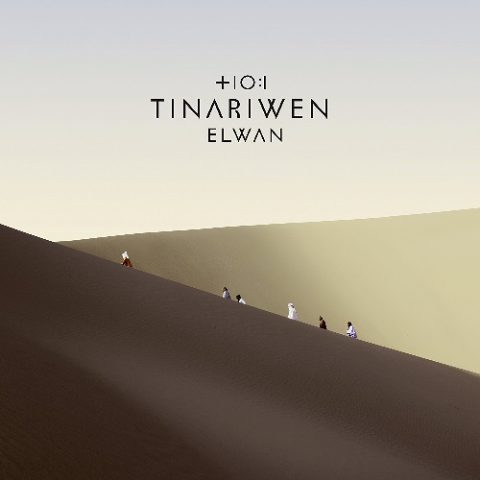 While many Western musicians are just coming to terms with the need to create protest music, Tuareg veterans Tinariwen have spent almost 40 years railing against assorted regimes and insurgents in the sub-Saharan region. After participating in various Tuareg rebellions, in 2012 the group were forced to abandon their homes when Islamic militants took over part of north Mali.

Their seven albums so far have always taken a look at political matters, then, and the brand new Elwan is no exception. “What is our goal?” they sing in Tamashek on Ittus. “It is the unity of our nation/And to carry our standard high.” In Ténéré Tàqqàl, they sing of the trampling elephants of the album’s title, a handy metaphor for enemy soldiers, while other titles translate as I Question You and What Has Become Of The Desert.

For only the second time ever, Tinariwen have recorded outside of the Sahara, with Elwan tracked at California’s Rancho De La Luna Studios in Joshua Tree. As with 2014’s Emmaar and 2011’s Grammy-winning Tassili, American guests are plentiful, including Kurt Vile, but their spangled guitars are almost indistinguishable in the thicket of bluesy, picked notes; only Mark Lanegan, his dulcet tones a shock in the epic Nànnuflày, rises above the heat-haze of electric guitars, bass and crisp percussion.

The band’s sound hasn’t drastically changed since Emmaar, but their rhythms have become funkier, more syncopated, as on the up-tempo Imidiwàn n-àkall-in. Elwan also benefits from a marked use of deep reverb and rich space by co-producer Patrick Votan that adds grand vistas of atmosphere to their sometimes brittle, sparse sound.

Although other Saharan groups have appeared in recent years, with Tamikrest, Imarhan and Bombino particularly impressive, few can match the hypnotic beauty and soul that Tinariwen, displaced people, master musicians and political agitators, still weave seven albums and 38 years into their career.