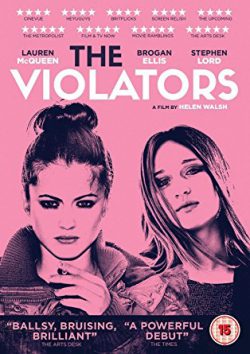 Taking her cues from Andrea Arnold and early Shane Meadows, novelist-turned-filmmaker Helen Walsh sets out to deliver lo-fi British social realism spliced with a coming-of-age drama. Events unfold on a rundown housing estate (in Brit movies, are there any other kind?) in Cheshire, where Walsh documents the travails of 16 year-old Shelly (Lauren McQueen), who is revealed to be smart in some ways, naive in others.

With an abusive father in jail and an absent mother, Shelly is essentially responsible for the welfare of her two brothers. However, Shelly finds herself offered support from a number of sources: a manipulative pawnshop owner Mikey (Stephen Lord) and also another girl from the posh end of town called Rachel (Brogan Ellis), whose interests in Shelly remain opaque. Into this sort-of triangle comes news that Shelly’s father is to be released from prison. A third act stretches credulity, but the atmosphere and performances are convincingly delivered.