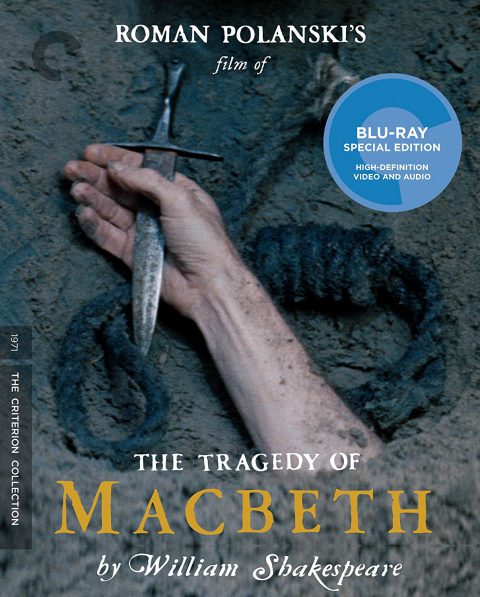 Roman Polanski’s Macbeth emerges from a period of great upheaval for the filmmaker. On 9th August 1969, Polanski’s pregnant wife Sharon tate was among the victims murdered in the director’s Beverly Hills home by members of Charles Manson’s ‘family’. Accordingly, Polanski’s version of Macbeth – released two years after the murder – is steeped in violence. It is less an adaptation of Shakespeare’s play than a grisly exorcism of his own personal demons.

The film’s first scene finds a trio of witches burying a severed hand, a knife and a noose in a bloody hole in the ground. Later, the brutal murder of one the character’s wife and children seems to be an explicit evocation of Tate’s murder. What were Polanski’s thoughts when he read the play’s line “from his mother’s womb/Untimely ripped”? Polanski’s Scotland is dark, muddy, rainy and cold; a perfect setting, perhaps for a film of such wintry temperament.

For his Lord and Lady Macbeth, Polanski cast Jon Finch and Francesca Annis; both incredibly handsome actors, then in their prime. Other familiar faces included Martin Shaw as Banqo and a young Keith Chegwin, no less, as his son, Fleance. Curiously, the film was funded by Playboy Enterprises – a photograph exists of Hugh Hefner and Polanski arriving in Paris aboard the Playboy jet, The Big Bunny. Quite what Hefner thought of Polanski’s adaptation (co-written by theatre critic Kenneth Tynan) is not documented, though he can’t have been entirely pleased with the film’s disastrous box office receipts. It might have been a film too dark to stomach for audiences in 1970 who perhaps imagined Shakespeare as a camper affair. All the same, it is a breathtaking piece. At the end, we see Macbeth in his throne room, brooding while bloody battle rages outside. A grim end to such bloody business.

– Polanski Meets Macbeth, a 1971 documentary by Frank Simon featuring rare footage of the film’s cast and crew at work

– “Two Macbeths,” a segment from a 1972 episode of the British television series Aquarius featuring Polanski and theater director Peter Coe

– An essay by critic Terrence Rafferty