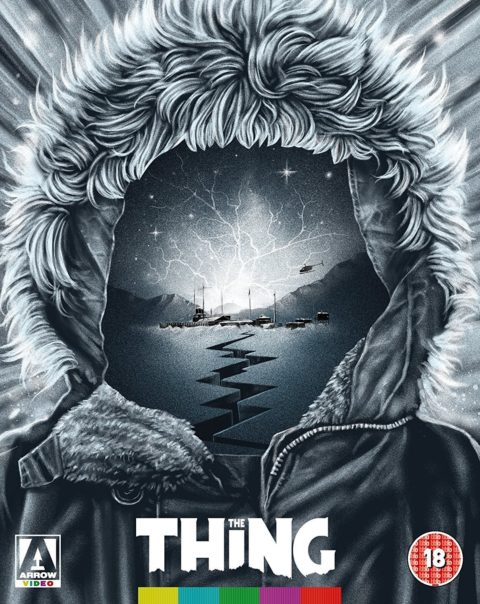 In the Arctic, no one can hear you scream… Of John Carpenter and Kurt Russell’s wonderful collaborations, it’s hard to top this grisly sci-fi classic from 1982. Ostensibly a remake of the Howard Hawks-produced The Thing From Another World, about a group of American researchers who encounter an extraterrestrial life form in the Antarctic, Carpenter and Russell’s film deviated from the original by having their alien able to assimilate its victims. Such a plot twist allowed the director to deploy a cavalcade of grotesque effects depicting the shocking transformation from human to monster. Who can forget the sight of an apparently human head suddenly growing spider legs and scuttling across the floor of the Antarctic base..?

By the time Russell and Carpenter came to make The Thing, they had already enjoyed critical and commercial success, first with Elvis in 1979 and Escape From New York two years later. While Elvis had been a relatively conventional made-for-TV biopic, Escape From New York gave us a first look at the kind of delicious gonzoid antics they would later deploy in The Thing and Big Trouble In Little China. The film also introduced one of Eighties cinema’s most enduring anti-heroes – Snake Plissken. For The Thing, Russell was once again called upon to play an outsider figure forced by circumstances to become a leader: R.J. MacReady. It’s a classic Carpenter trope – and one he inherited from directors like Hawks, who never saw their characters in strictly black and white terms. A protagonist didn’t have to be a wholesome, clean-cut hero.

For a film in which most of the characters end up dead, it is perhaps fitting that The Thing died at the box office. But it has enjoyed a more successful afterlife, spawning several comic books, video games and – in 2011 – a prequel. Carpenter and Russell’s film, however, remains an unshakeable classic.