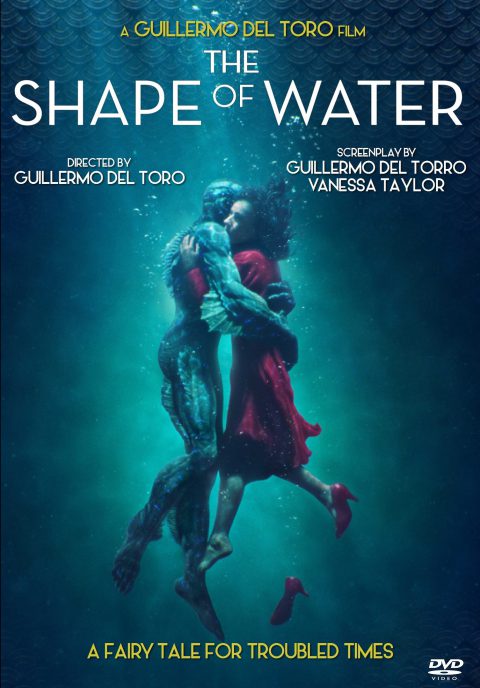 Guillermo del Toro’s The Shape of Water is set at the height of the Cold War in the 1950s. Everyday a mute girl Eliza (Sally Hawkins) cleans with Zelda (Octavia Spencer) in a top research lab, she follows the same routine everyday. Her only other friend is her gay, artistic neighbour (Richard Jenkins) who is currently unemployed and father to lots of feral cats. In the research lab, Strickland (Michael Shannon) drags an unknown creature who will change the lives of everyone.

Dan Laustsen’s cinematography is incredible here and manages to conjure up the charm and feel of a bygone golden era. Although this is trademark Guillermo del Toro fantasy there’s plenty of authenticity and realism. It deftly deals with wide ranging themes of loneliness, belonging, identity, love and friendship.

Of the film’s title Guillermo del Toro said: “The beauty of love is that it’s like water. It has no shape.” That love is reflected in everything from the friendship and love between the two neighbours and best friends, the cleaning ladies and Eliza and the creature; the story is secondary to the emotions it conjures up. There is such sweetness and purity in the character of Eliza and that is down to the wonderfully restrained and nuanced, almost certainly award-winning performance from Sally Hawkins.

There is so much to delight visually here as well as the beautiful and captivating film score. It’s a striking masterpiece that flows just like water. Try not to read lots of reviews, just go and watch it. This is Guillermo del Toro’s most accessible film. A must-see on the Big Screen.