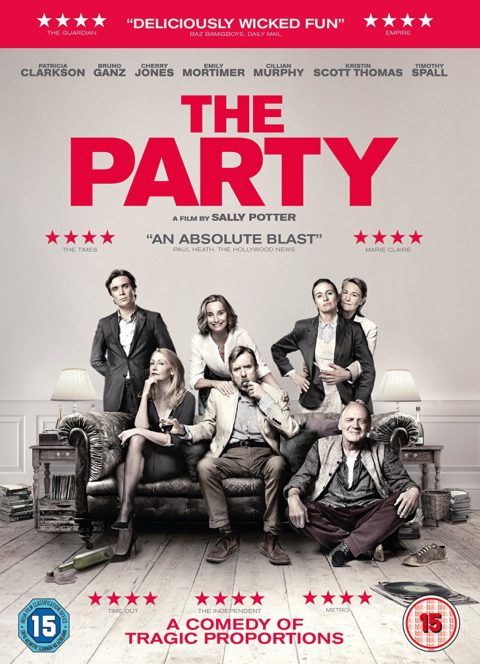 Filmmaker Sally Potter’s latest foregrounds a number of First World Problems that present themselves during a dinner party in an upmarket London home. This is Notting Hell, perhaps? Kristin Scott Thomas, the newly appointed Shadow Health Minister who is hosting a soiree in the house she shares with her husband, Timothy Spall. The guest list is no less storied: Patricia Clarkson, Bruno Gantz, Cherry Jones, Emily Mortimer and Cillian Murphy are all in attendance. Swiftly, the evening descends into a middle-class nightmare, something a little like a drawing room farce with darker undertones. Everyone, it seems, has some revelatory business to discuss.

Shooting in one location with minimal fuss, Potter lets her A-list cast do their work. Much as you’d expect, without exception, everyone is very, very good. The script is observant and smart – and as the unexpected and unwelcome announcements come thick and fast – wryly self-aware.