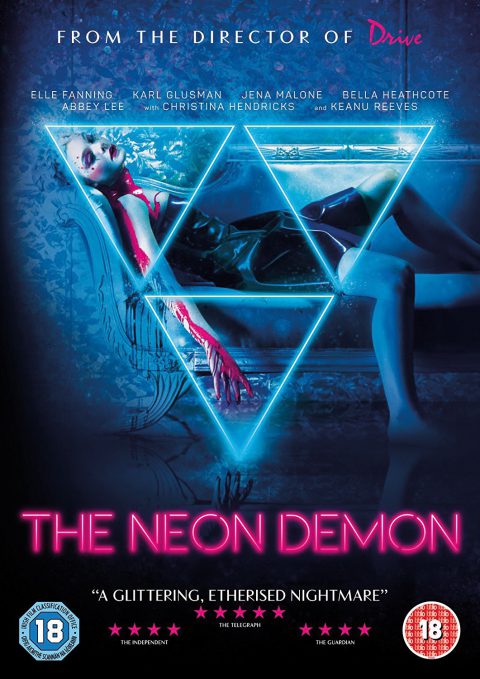 The continuing deprivations of Danish filmmaker Nicolas Winding Refn, who has proved with the Pusher films, Bronson and Only God Forgives that he has an eye for both style and violence. Here he is joined by Polly Stenham, the British playwright, and together they have concocted a neon Wonderland in which high end fashion and lesbian necrophilia collide with, as you can imagine, fairly startling results.

Elle Fanning is the aspiring model who is drawn into the seemingly glamorous world of Los Angeles’ modeling community. There, she finds only trouble including predatory males and fiercely competitive colleagues, who have taken their ambition to eye-opening extremes. Part Giallo, part Noir, entirely divisive, The Neon Demon is admittedly not to everyone’s tastes. Imagine Showgirls directed by Dario Argento. The final third is insane and challenging in a way contemporary cinema rarely is. Hardcore, essentially.