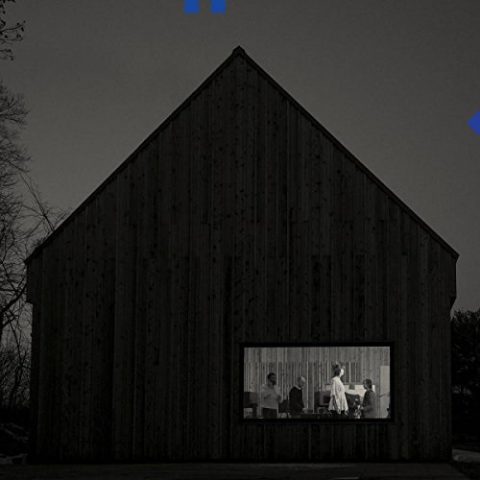 Ohio’s greatest modern musical exports, The National are now sprinkled across the world – Matt Berninger is in California, with the Devendorfs in Cincinnati and Long Island, and the Dessners in different European countries. Yet, they’ve managed to come together to create the band’s excellent seventh album, recorded at their new Long Pond studio in upper state New York.

Sleep Well Beast mostly leans towards their quiet, expansive side, here characterised by anaemic drum machines, chiming piano and all manner of drones, sometimes strings, sometimes synths, sometimes both. I’ll Still Destroy You features a hyperactive drum pattern that’s almost IDM, suffused with slow-moving, woozy strings, while Born To Beg combines a gospel choir with a low-key glimmer of synth and piano, before it stumbles to a close with disconnected filigrees of guitar. The few louder tracks, such as The Systems Only Dreams In Total Darkness, or the Nick Cave-esque Turtleneck, are rarer here amid the twilit hush.

Whatever disparate instrumentation the group are pulling together, however, it’s all bound up with Matt Berninger’s voice and unfailingly interesting lyrics. He looks at the city the band have all left behind on Born To Beg, singing, “New York is older, changing its skin again/Dies every 10 years, then it begins again…” There’s always some dark humour around the corner, though: “This one’s like your sister’s best friends in the bath calling you to join them…” (I’ll Still Destroy You).

Tenderness is let in as the album reaches its conclusion, with Dark Side Of The Gym sweet and dreamy as Berninger croons, “I’m gonna keep you in love with me.” The bravest song, however, is the title track, which features denuded, blown-out guitar soloing abstractedly over loops, drones, flute, strings and piano. “I’ll still destroy you someday, sleep well beast,” whispers Berninger, giving us one more quip in the darkness: “You as well, beast…”