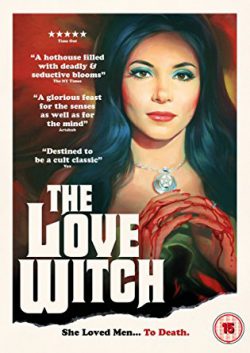 Readers with long memories for semi-forgotten American comedies may recall Bewitched, a 1960s sitcom that followed the exploits of perky suburban witch Samantha and her likeable husband, Darrin. A sequel, Tabitha, about their teenage daughter followed, setting in motion a chain of like-minded projects that peaked with Sabrina The Teenage Witch in the Nineties (itself adapted from a Sixties’ Archie comic book). It’s hard to tell what any of those characters would make of writer/director’s sly, subversive film. It is certainly a unique take. It stars Samantha Robinson as Elaine, a sorceress who uses her magical abilities to make men fall in love with her.

Writer/director Anne Biller’s film is a clever homage to lurid pulp novels, the Technicolour melodramas of the 1950s and 1960s Giallo shockers. It works because beneath the arch exterior Biller revels in the ambiguities of Elaine’s situation, blurring the lines between objectification and empowerment, victimhood and revenge.