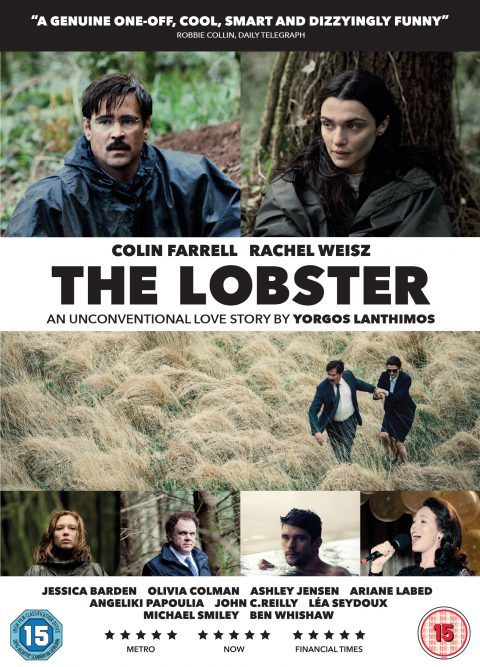 In The Lobster, Colin Farrell sports a small, sad-looking moustache; a symbol, perhaps, of his character’s dreary, beta male status in Yorgos Lanthimos’ eccentric comedy. In a dystopian future, single people like Farrell’s David are obliged to find a marriage partner before a specified deadline or they are turned surgically into animals of their choice and packed off into the wild. David, it transpires, rather fancies himself as a lobster.

David is taken for processing to a seaside hotel, whose manager is played by Olivia Coleman as somewhere between Basil Fawlty and Nurse Ratched. There, his fellow singletons include John C Reilly, Ben Whishaw and Ashley Jensen. Meanwhile, feral loners opposed to romantic conformity roam the woods outside; they, in turn, are hunted by the hotel’s occupants during daring nocturnal raids.

Such is the world depicted in Lanthimos’ extraordinary film that you could be forgiven for wondering whether you were watching a comedy or a faintly disturbing satire on the absurdity of conventional dating rituals. Fans of Bunuel, Lynch or Chris Morris will certainly recognize the dark surrealism at work here. But beneath the willfully incongruous nature of Lanthimos’ set-up, The Lobster has many serious points to make about loneliness, disconnection and the established orthodoxies of human relationships.

Farrell is always more watchable in smaller projects than he is in big budget affairs. As viewers of his recent role in True Detective will have noted. Here, he is required to dampen his usual manic energies for a more subdued performance, which acts as a satisfying counterpoint to the dazzling weirdness Lanthimos brings elsewhere to the proceedings. Where else, after all, might you encounter a dog who might well turn out to be someone’s brother?