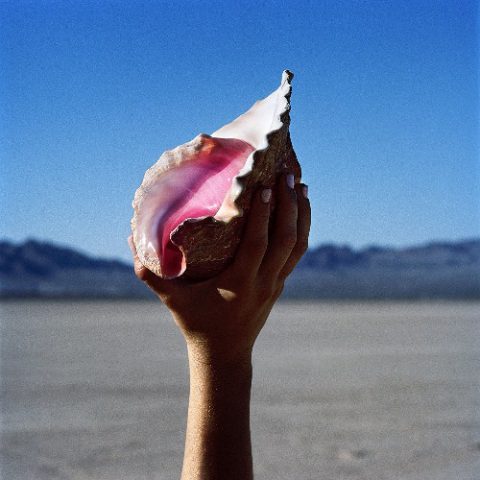 Singles The Man and Run For Cover practically scream for attention with their laser-guided melodies and brash electronic beats. However, there’s also some subtlety and experimentation at play on Wonderful Wonderful: the title track is an enigmatic opener, with a distorted Flowers singing of a “motherless child” over a sparse beat and discordant snatches of brass; of course, it blooms into an anthemic chorus, but remains enticingly low-key. Some Kind Of Love, meanwhile, cleverly samples Brian Eno’s An Ending (Ascent) from his 1983 LP Apollo: Atmospheres and Soundtracks, with the result a wistful, galactic power ballad.

The elegiac, closing Have All The Songs Been Written recruits Mark Knopfler on guitar, with Flowers asking difficult questions over a hymnal chord sequence: “Has all the gas been siphoned?/Do the banks still carry gold?/Has every ship gone sailing?/Has every heart gone blue?” It turns out he only needs one more song to get his message across to his lover.

“You think I lost my vision, but I didn’t,” pleads Flowers on the album’s most uplifting song, Life To Come. It begins as Springsteen-gone-synth, but soon morphs into a U2-esque disco-rock monster that takes in Flowers’ faith and self-esteem, and finds him urging us to “dropkick the shame”. As the song balloons to epic proportions, it references New Order and The Cure, throwing in synths, guitars and the kitchen sink to help Flowers make his point. Like the rest of Wonderful Wonderful, this is precision-tooled pop that can’t help but be effective.