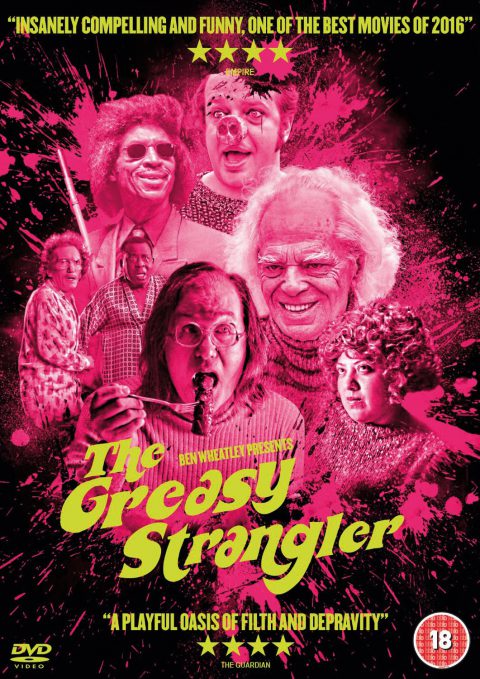 Pitched along similar lines to the lurid, provocative early films of John Waters and Hermione Korine, The Greasy Strangler is not for the faint hearted. It follows the unusual relationship between Ronnie (Michael St. Michaels) and his browbeaten son Brayden (Sky Elobar) and their competition for the attentions of Janet (Elizabeth De Razzo).

The two men run a walking tour of their hometown specializing in the former sites populated by disco acts: “The Earth, the Wind and the Fire lived here.” But, one of the two might be the local killer, who stalks the streets at night and murders while covered in fat and oil. At this point, director Jim Hosking detonates an avalanche of profanity, cartoon violence, flatulence and deviation that culminates with the extraordinary sight of Ronnie’s elephantine phallus.

An extraordinary film that while entirely puerile and gratuitous in its subject and content nevertheless displays a sharp wit in its construction and execution.