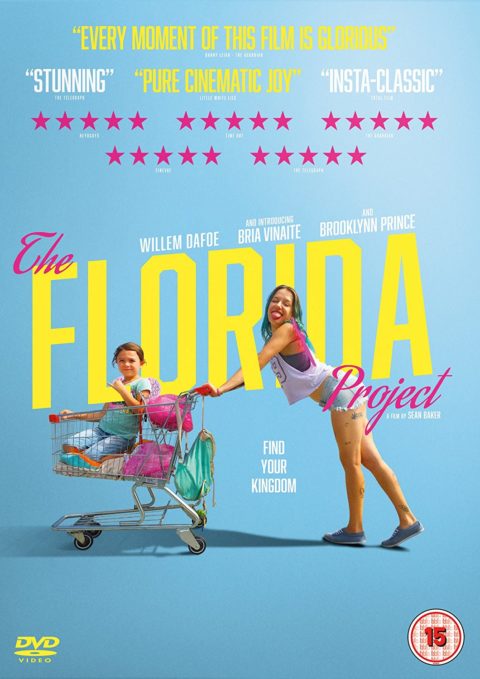 Somewhere near to Disney’s The Magic Kingdom in Orlando, Florida, just off Seven Dwarfs Lane, there lies a less auspicious palace of enchantment. This is The Magic Castle – a rundown social housing block painted a lurid shade of purple. It is where, during the holidays, six year-old Moonee (Brooklynn Prince) and her friends run wild. “It’s only the second week of summer and there’s already been a dead fish in the swimming pool,” grumbles the block’s exasperated manager, Bobby (Willem Dafoe). But to Moonee, the Magic Castle and its environs – a sea of car parks, fast food outlets, scrubland and dumpsters – are a playground of the imagination. There are raucous adventures to be had, even if it involves turning off the power to the motel or accidentally setting fire to a row of derelict condos. “They’re good kids, most of the time,” sighs Bobby.

Bobby is one of the few adults who feature substantially in Sean Baker’s film. The other is Halley (Bria Vinaite) – Moonee’s mother, a woman with a short temper and many tattoos who sees Moonee’s curiosity and energy as something to be cherished. After all, the reality of life at The Magic Castle is hard: Halley and her daughter take free handouts from a nearby diner or bread from a charity food van. To further make ends meet, Halley sells on cheap perfume to tourists at a nearby golf club. While the lengths Halley will go to in order to pay the rent are initially enterprising, her predicament only worsens as the film progresses.

Baker’s previous film, Tangerine, was shot entirely on iPhones. The Florida Project has the same fire and energy, though evidently he’s stepped up to a whole new level here. This is a compassionate film about the conditions of working class America, where the next knock on the door might well be from a child welfare agency.