the first monday in may 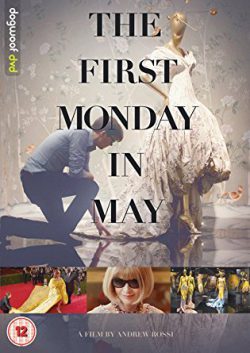 In 2009, filmgoers were introduced to Anna Wintour, the formidable long-serving editor-in-chief of American Vogue. If there was one lesson to takeaway from The September Issue, it was that the fashion industry is a chess game of patience and ruthlessness.

Much as The September Issue revolved around a pivotal event in the annual fashion calendar – the publication of Vogue’s edition that heralds a new start for the coming year, director Andrew Rossi’s film focuses on another key date in fashion: the lavish fundraising gala held at New York’s Metropolitan Museum of Modern Art, here dubbed “fashion’s Super Bowl”, where – splendidly – high art collides with low culture. Wintour plans the gala with help from Baz Luhrmann; the great director Wong Kar-wai is employed as artistic director. Galliano, Lagerfeld, Lady Gaga all cameo.