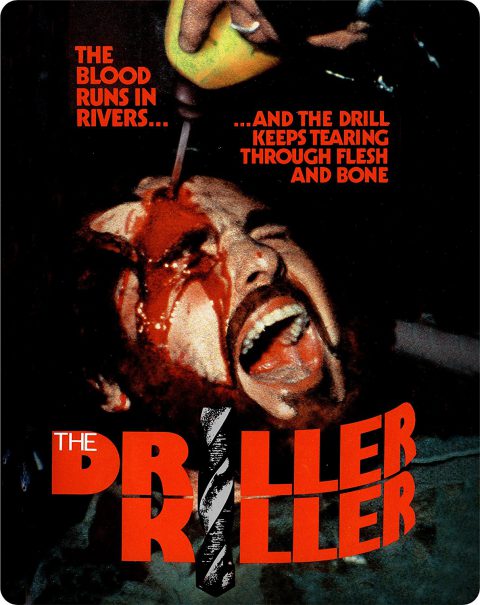 Like Martin Scorsese, Abel Ferrara was raised a Catholic in New York. Like Scorsese, Ferrara’s early films explore a seedy milieu of afterhours New York – a nerve-jangling noctural hustle full of misfits and obsessives. Of the films made in the Eighties and Nineties – Fear City and King Of New York, Bad Lieutenant and The Addiction – it’s possible to see Ferrara sharpening his skills as he burrows deep into the philosophical and psychological landscape of obsession and redemption. The Driller Killer, though, is where it all began.

Erroneously associated with the Eighties’ cycle of slasher movies that got labeled ‘video nasties’ – it was banned from 1984 – 1999, The Driller Killer is a sort-of companion piece to Scorsese’s Taxi Driver. Indeed, just like Robert De Niro’s Travis Bickle Ferrara’s Reno – played by the director himself under the alias Jimmy Laine – is on a crusade of his own to wash all the scum off the streets.

When he is not drilling into the skulls of the destitute, Reno is a painter. Reno is not the last painter in Ferrara’s oeuvre – in 2014, he directed a biopic of Pier Paolo Pasolini, the transgressive filmmaker behind Salo or the 120 Days Of Sodom. But Reno is driven to distraction by financial troubles and – this being New York in 1979 – the punk band rehearsing next door. Reno vents his frustration by killing homeless people with his trusty drill – or does he? Here, we might find other parallels between Reno and Travis Bickle, not least the lingering suspicion that what we are watching on screen could be fantasy, with real events filtered through a damaged psyche. Later, Bret Easton Ellis would explore similar territory in American Psycho – another story heavy on power drills that constantly blurred the line between fantasy and reality, sanity and madness.