The Childhood Of A Leader 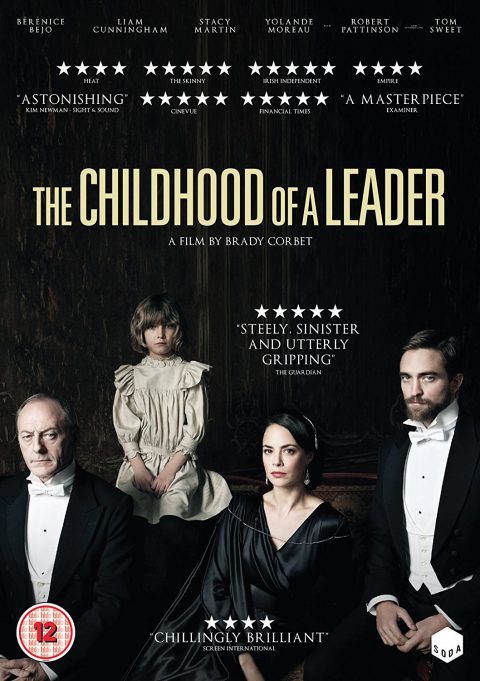 A film about the origins of an American dictator, raised in a climate of patrician wealth and privilege, Brady Corbet’s drama seems chillingly prescient when viewed in the context of today’s charged political climate. It would perhaps be dangerous to scrutinize The Childhood Of A Leader too deeply for clues that might help explain, say, the behaviour of a recently elected American President. But Corbet’s film – co-written with his partner Mona Fastvold – certainly goes some distance in exploring the roots of 20th century fascism, if not its 21st century variation.

Corbet’s film is set in France, in 1919. There, we meet an American diplomat (played by Liam Cunningham) and his family, his wife (Bérénice Bejo) and 10 year-old son, Prescott (Tom Sweet). The father is a member of Woodrow Wilson’s team dispatched to France to negotiate the settlement terms imposed on the defeated Germans in the aftermath of World War 1. There is trouble at home, naturally. Prescott’s parents have their own pre-occupations: the father on the treaty negotiations while the mother harbours resentments of her own. There is diplomatic plotting and illicit affairs. A journalist friend of the boy’s parents (Robert Pattinson) is on the periphery. The boy, meanwhile, moves through this unfriendly adult world, bored and neglected.

The film’s title is taken from a short story by Jean-Paul Sartre, but there are other, more evident inspirations besides. Joseph Losey’s film of The Go-Between and Carol Reed’s The Fallen Idol are clear touchstones, as is Michael Haneke’s The White Ribbon, another parable about nascent fascism. Several of Prescott’s transgressions are taken directly from Mussolini’s childhood, although arguably Il Duce was just one of a handful of dictators – Hitler, Stalin and Franco – whose outlook was shaped by the political and social climate of this same period. Scott Walker’s clamorous score, meanwhile, heightens the sense of creeping dread as the cumulative failures of the adults and their institutions create the circumstances that eventually allows for Prescott’s rise.