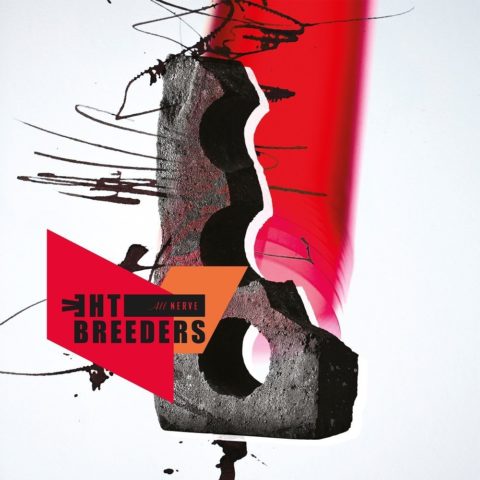 Reunions can bring all kinds of recorded treats: to pick a few at random, Blur’s The Magic Whip, The Dream Syndicate’s How Did I Find Myself Here?, LCD Soundsystem’s American Dream. Yet few of these albums match up to All Nerve, the first album by The Breeders’ ‘classic’ lineup since 1993’s Last Splash.

Only the fifth Breeders album since their 1990 debut, Pod, All Nerve is as compelling and strange as any of Kim Deal’s finest work, from Gigantic to We’re Gonna Rise. Nervous Mary is a dark opener, full of irregular bar lengths and doomy, descending chords, yet it’s supremely addictive in the way that Deal’s songs often are, and filled with gnomic references to “ox bow, strange glow” and screaming “in the meadow”.

Singles Wait In The Car and the title track are especially pared down to their essences, as thrilling as rock music can be in 2018, while the group – Kim, lead guitarist Kelley Deal, bassist Josephine Wiggs and drummer Jim Macpherson – stretch out on the meditative Spacewoman and the hovering, crepuscular Dawn: Making An Effort. Through All Nerve, there’s a stunning juxtaposition between the tight – Macpherson and Wiggs’ rock-solid rhythm section and Deal’s slashing rhythm guitar – and the wayward, typified by Kelley Deal’s untutored, fascinating lead lines and her sister’s unpredictable, fluid vocals.

Courtney Barnett and her band pop up on backing vocals on the waltzing weirdness of Howl At The Summit, but that’s the only way to date this album – otherwise, it could have been the follow-up to Last Splash, in a parallel world where drugs and success hadn’t splintered the group back in the mid-’90s.

Perhaps finest of all is the closing Blues At The Acropolis, a shape-shifting, dynamic song that could only have come from Kim Deal’s imagination. Its twists and turns are at once unexpected and invigorating, very much like All Nerve as a whole. Truly one of the finest albums of recent decades.