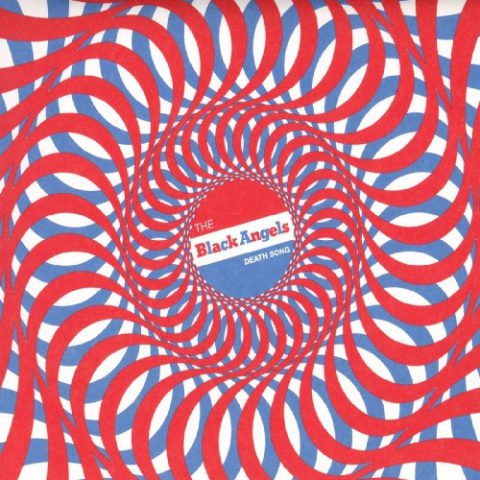 Realising that the slower a song is, the heavier it sounds, The Black Angels operated at a snail’s pace on their powerful, stately debut, 2006’s Passover. Since then, though, the Austin stoner rock group have sped up their songs, and imbibed further influences from psychedelic pop, post-punk and goth on their three albums since.

Fifth album Death Song is The Black Angels’ most diverse offering yet, and generally dials down the 13th Floor Elevators garage for more dynamic songs. Opening track Currency is the most reassuringly familiar cut on Death Song, but the band soon branch out – Half Believing, with its yearning harmonies and melancholy chord sequence, recalls Fleet Foxes at their most mystical, while the careening Comanche Moon alternates between the Sabbath hustle of Ty Segall’s Fuzz and the ornate electric folk of Arboretum. There’s more of a groove on Death Song than ever before in The Black Angels’ work, ranging from the syncopated rock of Hunt Me Down to the evil motorik of I Dreamt, which recalls The Horrors of Primary Colours, or even Chicago’s dearly departed Disappears.

Medicine, meanwhile, mixing a disco beat with distorted guitar and a singalong vocal hook, is a little too eager to please, but the closing track, the six-and-a-half-minute Life Song, perfectly demonstrates how the group can move forward without losing their original essence. Laced with Mellotron and shape-shifting chords, its modern psych combines the grandeur of Pink Floyd’s Echoes with the sophisticated textures of Air circa 10,000 Hz Legend. For The Black Angels in 2017, it seems every end is a beginning. “I’ll see you on the other side,” goes the final line of this surprising, vibrant record.