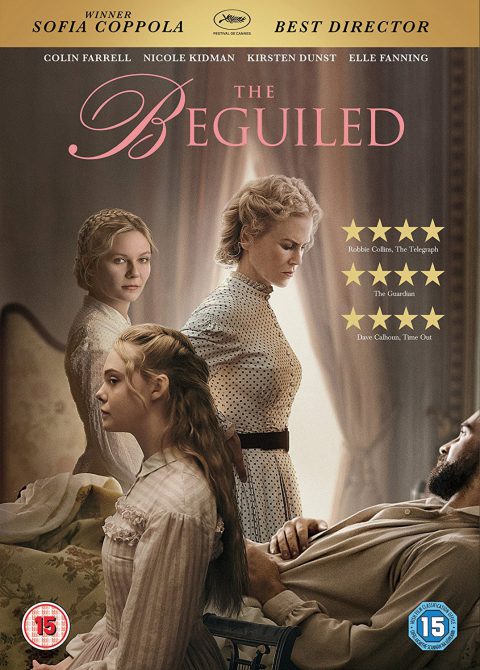 Sofia Coppola is back at Cannes with The Beguiled, a southern melodrama based on the Southern Gothic book by Thomas P.Cullinan. While the film’s narrative follows the book and contains all of the elements of a period drama you would expect, it is very modern in its message. Coppola not only writes but directs this tale of women surviving in the midst of the civil war and what they do when a stranger comes knocking in the form of Colin Farrell.

Farrell plays Corporal John McBurney, an Irish soldier who joined the Yankees fighting on the side of the Union. When he realises the true horror of war he fled and is cowering under a tree when he is saved by one of the students of Miss Farnsworth’s (Nicole Kidman) seminary for young ladies. We’re told at the start that all the slaves fled so this is truly a feminist film and can solely focus on that area without any distractions. It’s subtle. Corporal McBurney is found wounded by Miss Amy (Bona Laurence). She’s the chick leading the wounded fox into the hen house but boy is he in for a shock…

The cinematography by Philippe Le Sound is sublime. It’s his use of natural light that perfectly captures the tone of the film – hazy during the day and dark as molasses at night. This encapsulates the southern charm displayed by the ladies: all Spanish Moss and antebellum plantation houses. This is not the Don Siegel film of the same name released in 1971. In fact you could say it could be viewed as a companion piece to that film told from the female perspective where the traditional object in fact objectifies the subject, Corporal McBurney, and lays bare the question of who is deceiving who. All told in Sofia Coppola’s very subtle and careful direction.