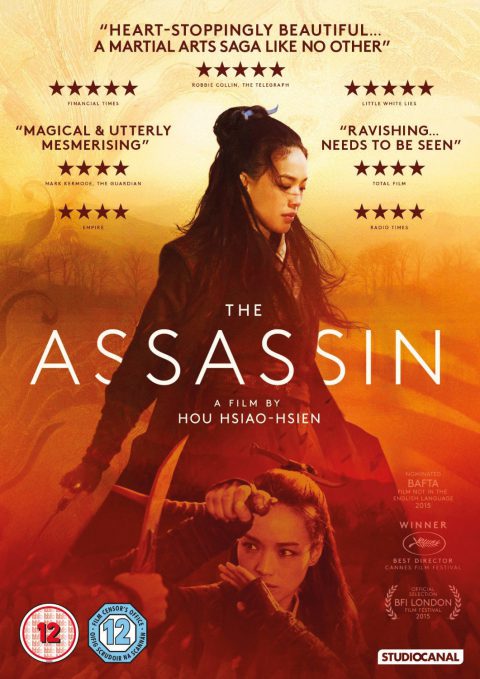 While these Chinese folk tales naturally lend themselves to painterly tableaux and formal brilliance, Hou brings to bear 35 years worth of filmmaking experience to construct a sumptuous tale of love, honour and intrigue that artfully balances fleet-footed action (wire-work fights a speciality) with a more grounded emotional realism. Hou’s film focuses on Nie Yinniang (Shu Qi), who is raised by her aunt (Sheu Fang-yi) to become an adept assassin, specialising in murdering corrupt government officials. “The way of the sword is pitiless,” we learn. Shot in 35mm by Hou and veteran cinematographer, Mark Lee Ping Bin, The Assassin is a luxurious viewing experience.