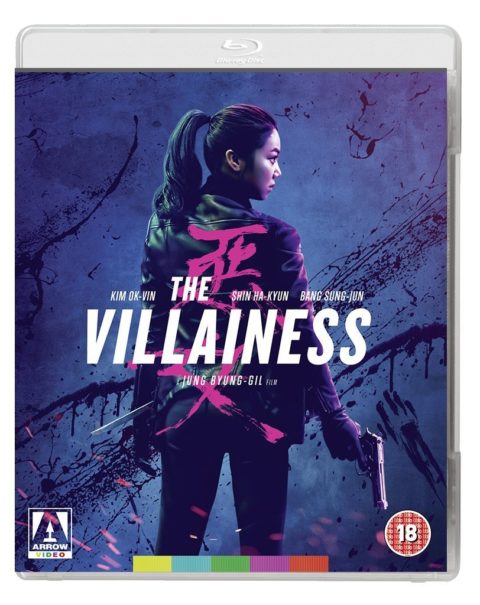 For those of a criminal persuasion, success or failure can rest on the operating table. Think of poor Frank Kitchen in Walter Hill’s Tomboy, turned from hitman to hitgirl by an unscrupulous physician. Or Sean Archer (good) whose face is swapped with that of Castor Troy (bad) in John Woo’s Face/Off. Now, in The Villainess, a skilled assassin is drugged and then given plastic surgery before being recruited into South Korea’s intelligence agency. With a new face, Sook-hee (Kim Ok-bin) begins a complicated new life on a 10 year deep cover assigment. Did we say complicated? Well, she’s pregnant for one. Then she and her handler begin to develop a relationship. Ah, and then there’s the numerous flashbacks that reveal her childhood and challenged former life – a veritable hall of mirrors featuring deception and double crosses. There is more of that to come, too, in the present day

There is also a lot of killing, too. If anyone thought that the mid-period lurch into K-drama style romcom was a bit of an unexpected change of pace, rest assured – it is merely a brief moment of respite before the slaughter commences again. At two hours long, Byung-gil Jung’s revengesploitation film crams a lot in – much of it involving guns or, in one scene, an axe and another a sword fight that takes place on speeding motorbikes. It is possible to find parallels with Luc Besson’s La Femme Nikita – in which another troubled young woman is given a second chance at life as a highly skilled government assassin. Although Byung-gil’s film is deep with its own madness.