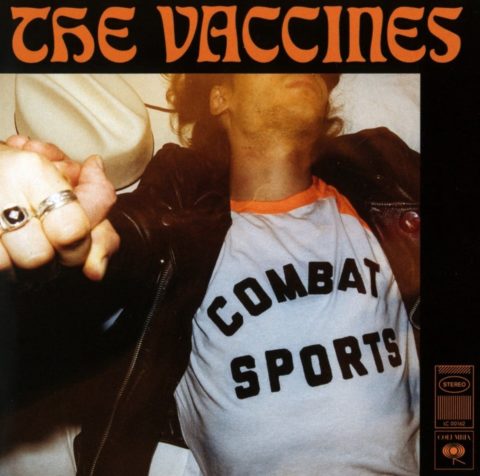 Sure, you may recognise The Vaccines for their theme music for Dennis & Gnasher: Unleashed!, but let’s be honest, you probably know them for their catchy indie-pop, seeing as they’ve sold a truckload of records and been consistently featured on Radio 1’s A List.

It’s been a while since their last album, 2015’s English Graffiti, a slightly awkward expansion of their sound, produced by Mercury Rev and MGMT collaborator Dave Fridmann. Since then they’ve lost their drummer, Pete Robertson, and gained two new members, and are now releasing their long-awaited fourth album. Combat Sports is in some ways a return to the sprightlier garagey sounds of their debut, What Did You Expect From The Vaccines?, and its 2012 follow-up, Come Of Age, typified by the pounding three-chord rock of opener Put It On A T-Shirt.

There’s a distinct American feel to these 11 songs, however, perhaps a result of frontman Justin Young having lived in New York City for a few years now. I Can’t Quit comes on like The Strokes, although The Vaccines cite prime Strokes influence Guided By Voices as an inspiration here. Someone To Lose echoes the smooth sound of The Cars, and its precision-tooled pop chops show just why Young was asked to write for One Direction; Take It Easy, meanwhile, is a slice of Springsteen-meets-Pulp pop, with Young crooning: “Give me a cigarette, but not your smokers’ cough.”

It’s not all transatlantic, though: Nightclub and Your Love Is My Favourite Band are glammier and funky, seeming to take inspiration from Franz Ferdinand in their Take Me Out pomp, while Young American is a crystalline love song, as tender as The Vaccines have ever sounded.

By the time the anthemic, melodic Rolling Stones closes the album, it’s clear that Combat Sports is likely to continue the group’s run as one of the most successful British bands of the last decade.