Back Roads And Abandoned Motels 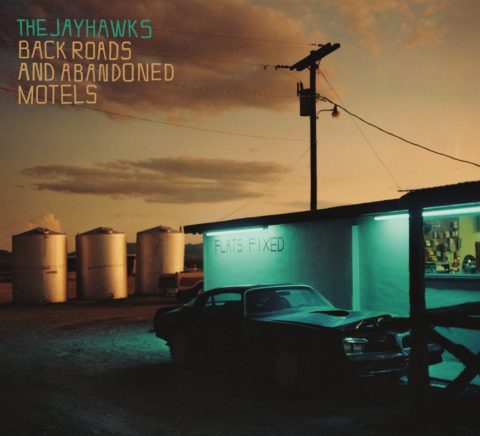 It would be a fair assumption that the back roads and abandoned motels that The Jayhawks are chronicling here are the forgotten lanes and niches of the rural States – and, as always, they probably are in part – but in fact the title of the band’s 10th LP is more likely referring to its contents: a newly recorded collection of overlooked songs that the group’s singer, guitarist and songwriter Gary Louris has co-written for other people’s records over the years.

So there are tracks originally on albums by the likes of Jakob Dylan and Carrie Rodriguez, and a clutch of songs written with the Dixie Chicks for their 2006 album Taking The Long Way and Natalie Maines’ 2013 solo LP, Mother.

In many ways, it’s an unusually low-key way for the band to follow up their highly regarded 2016 album, Paging Mr Proust, but the contents are as strong. Backwards Women has the propulsion of classic Wilco, while sultry ballad Long Time Ago, sung by drummer Tim O’Reagan, is loaded with harmonies and the kind of bittersweet melodic shifts that Neil Finn does so well.

Elsewhere, Bitter End is a waltzing anthem, loaded with chiming mandolin, while Bird Never Flies mixes fingerpicked acoustic guitar and strings in a manner that immediately suggests Nick Drake or even Belle & Sebastian.

The robust, rootsy pop of El Dorado and opener Come Cryin’ To Me find keyboardist Karen Grotberg taking lead vocals for the first time on a Jayhawks record, while Gary Louris even finds space for two brand new songs – the closing Leaving Detroit is a highlight, a classy, sophisticated piano ballad with touches of Elvis Costello.

New or old, these lesser-travelled routes are worth discovering, it turns out.