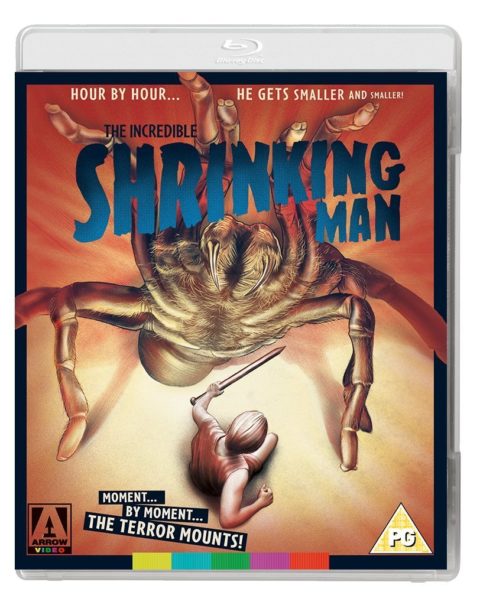 When Richard Matheson died in 2013, at the venerable age of 87, film and television lost one of its true unsung heroes. A prolific short story writer, novelist and scriptwriter, Matheson contributed to TV Westerns, scripted five entries in Roger Corman’s Edgar Allan Poe cycle along with 12 episodes of The Twilight Zone. In film, however, he is best known for a particular strain of post-apocalyptic fiction that had proved popular & durable: his 1954 sci-fi vampire novel I Am Legend had been filmed three times, as The Last Man On Earth (1964), The Omega Man (1971) and I Am Legend (2007).

The Incredible Shrinking Man is based on another of Matheson’s early novels, and he himself adapted the screenplay. In it, Grant Williams’ Scott Carey is exposed to a radioactive mist that causes him to gradually shrink. Aside from the human dramas it causes, as he and his wife Louise attempt to come to terms with these diminishing developments, Scott finds that there are also other perils to contend with. There is a hungry cat, for instance, and as he becomes even smaller, a domestic spider that poses a gladiatorial challenge.