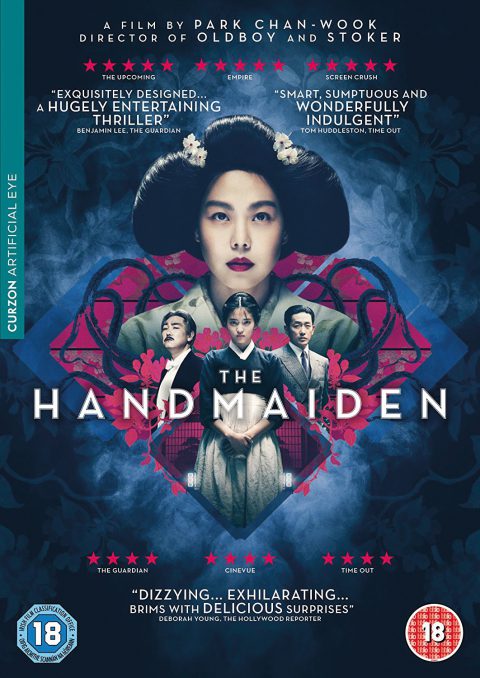 Park Chan-wook’s last film, Stoker, was a gothic melodrama set in a large, remote house complete with bodies in the freezer. Evidently, Park has a thing about rambling properties and lurid potboilers. Much of the action in The Handmaiden takes place in another unusual house, this one reputedly haunted by a suicide. “Sometimes on a moonless night, my aunt’s ghost dangles from that branch,” we are told by wealthy heiress, Lady Hideko (Kim Min-hee).

Living on a remote, isolated estate, we learn that Hideko is to be married to her uncle. Meanwhile, a con man, Count Fujiwara (Ha Jung-woo), has embedded a new handmaiden among her retinue.

Adapted from Sarah Waters’ novel, Fingersmith, Chan-wook relocates the story from Victorian England to 1930s Korea. The setting is puissant. Just as Korea was under Japanese colonial occupation during this period, so Lady Hideko and Nam Sook-he are oppressed – not only by the uncle and the count but also by their traditional roles within society. Park’s film – which is excellent, incidentally – charts Hideko and Nam Sook-he’s pursuit of liberation.

Much as Lady Hideko’s house is a clash of Western and Japanese architecture that somehow coalesces, so The Handmaiden mixes classical, formal composition with Park’s typically twisted cinematic outlook. “Almost fully ripe,” says the count lasciviously, as he bites into a peach.