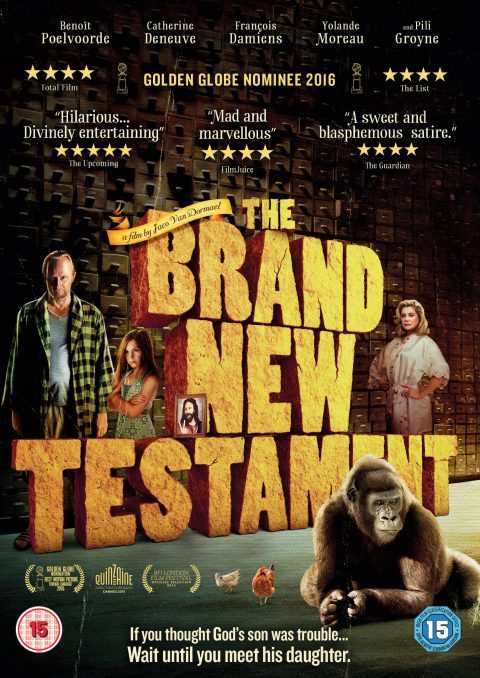 From Belgium, a dark comedy which posits the idea that God is alive and well and living among us, in a grotty flat in Brussels, married with a 10 year-old daughter.

From his office, God launches all manner of indignities against humankind – some inconsequential and others less so. He is, perhaps, less the benign, caring God of the New Testament and more a bored, vaguely sadistic figure here subjecting the poor denizens of Belgium and beyond with plane crashes, burned toast and other such calumnies.

God is played by Benoit Poelvoorde and his long-suffering wife (Mrs God?) by Yolande Moreau; their snappy banter touching pleasingly on the Python-esque. It is their daughter Ea (Pili Groyne), though, who decides to spread enlightenment among the good people of the world and sets out to gather her own set of apostles. Behind the heavenly bantz, filmmaker Jaco Van Dormael explores the push-and-pull between fate and free well. The comedy falls somewhere between Michael Gondry whimsy and the dark fantasias of Terry Gilliam.