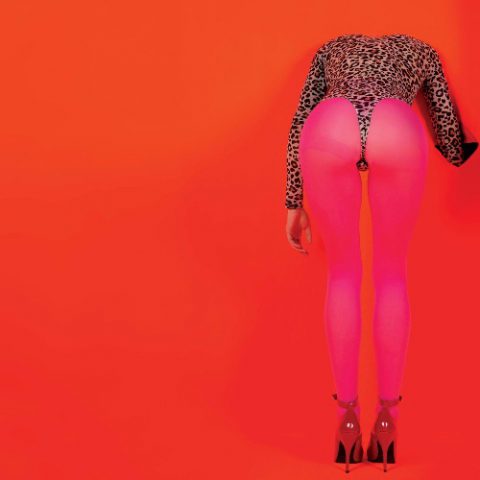 Although Annie Clark named her second album Actor, it was on 2014’s St. Vincent that the Texan guitarist, singer and songwriter really embraced the possibilities of music as a performance, drawing comparisons with Bowie and collaborator David Byrne.

It’s been three years since that critical and commercial breakthrough, though, during which time Clark has dated, and split from, model Cara Delevingne, increasing her profile even more. Masseduction, then, could be an investigation of modern, medicated America or the hollow nature of fame, yet Clark has claimed that it’s more personal than any of her previous albums.

It’s very much a record of two halves: there’s the robo-funk of the St. Vincent album, but now turbo-charged by Taylor Swift and Lorde producer Jack Antonoff, all dirty R&B beats, synths that sound like guitars and guitars that sound like synths. Sugarboy, for instance, is distorted Europop, strangely reminiscent of ’90s Garbage mixed with some comedy rave, while the title track mixes a huge beat with vocoder and snatches of feral guitar. “I can’t turn off what turns me on,” Clark sings, confidently, “I hold you like a weapon.”

On the other half of the album, she’s a wounded lover, telling her tale over subtle, tender ballads: Happy Birthday, Johnny mixes piano with synth drones and pedal steel, as Clark reminisces about a past love who blames her for his bad present state; New York adds pulsing beats and strings to a piano ballad, while the penultimate Slow Disco combines strings and distorted guitar for an emotional climax.

The best of Masseduction, such as opener Hang On Me, is both tender and hard-hitting, electronic and yearning. Whatever Clark does next, it’s sure to be a performance worth catching.