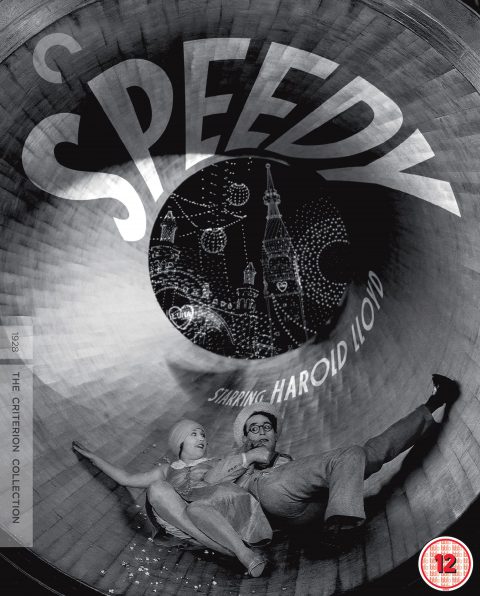 Film, as we know, ain’t what it used to be. Fast edits and quick cuts, ever more audacious stunts, breathtaking race sequences… in fact, far from being a creation of the post-Spielberg school of blockbuster filmmaking, one only has to look at the extraordinary silent film work of Harold Lloyd to see that the tropes of the modern Hollywood movies have in fact been in place since as far back as the early days of the 20th century.

Lloyd began his career in movies in 1913. Six years later, Lloyd lost his right thumb and index finger during a photo shoot with a prop bomb that contained a real charge. In some respects, the accident enhanced his career and he became known as the ‘daredevil comedian’, famous for thrilling sequences in his movies. In 1923, he created one of cinema’s most enduring scenes – supposedly hanging desperately from the hands of a skyscraper clock during Safety Last!. In fact, the stunt was artfully conceived and executed using a mix of inventive camera techniques and the dummied upper two stories of a skyscraper.

Speedy was the final silent film Lloyd made. His unemployed New Yorker, nicknamed Speedy, sets out on a quest to save the city’s last horse-drawn streetcar route, run by the grandfather of his sweetheart Jane (Ann Christy). Much of the film was shot on location in New York over 12 weeks using hidden camera. As a result, the film works not only as tight, spirited comedy but also a fascinating visual record of New York in the 1920s. Lloyd ended the decade as cinema’s highest paid performer; but he struggled as talkies took over and finally retired in 1947. His final film, The Sin Of Harold Diddlebock, was directed by Preston Sturges.

– Musical score by composer Carl Davis from 1992, synchronized and restored under his supervision and presented in uncompressed stereo on the Blu-ray

– In the Footsteps of “Speedy,” a new short documentary by Goldstein about the film’s New York shoot

– Selection of rare archival footage from UCLA Film & Television Archive’s Hearst Newsreel Collection of baseball legend Babe Ruth, who has a cameo in the film, presented by David Filipi, director of film and video at the Wexner Center for the Arts

– Bumping into Broadway, a 1919 Lloyd two-reeler, newly restored and with a 2004 score by Robert Israel

– An essay by critic Phillip Lopate