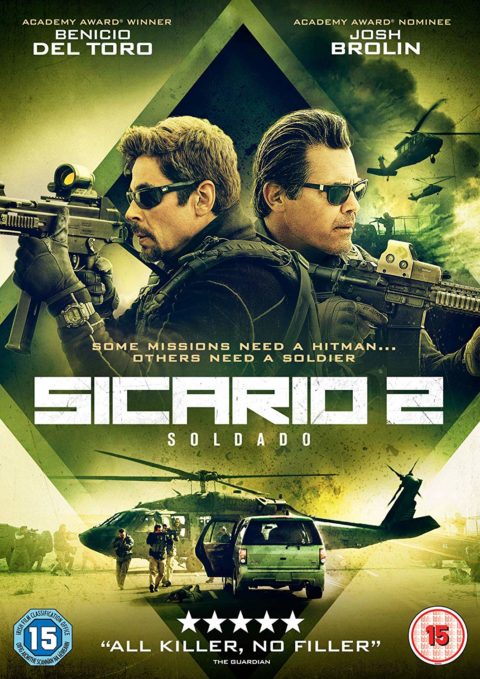 Denis Villeneuve’s 2015 original was a lean, propulsive Tex-Mex thriller – a spiritual heir to the kind of border noir Walter Hill made during the ‘80s like Extreme Prejudice. A sequel seemed inevitable, even if Villeneuve and his original star, Emily Blunt, haven’t returned.

Sicario 2 finds returning cast members Josh Brolin and Benicio del Toro teaming up – US government agent and assassin, respectively – to settle personal scores with the Mexican drug cartels. New director Stefano Sollima – no stranger to this beat, having directed the gripping Italian crime drama Suburra – delivers a payload of sweaty, male aggressiveness and tense set pieces. Hill aside, at times it recalls directors like Michael Mann and Kathryn Bigelow, who similarly understand the dynamics of this kind of genre filmmaking. Its energies are aided by an urgent, ripped-from-the-headlines quality – immigrant families separated, suicide bombers smuggled across the border – that add heft to its storyline.