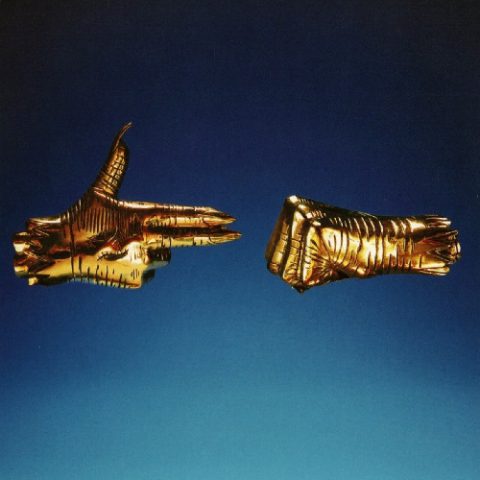 While certain hip-hop stars are busy meeting Donald Trump, Run The Jewels are keeping it disobedient on their third full-length. Energised by “Killer Mike” Render’s campaigning with Bernie Sanders, he and Jaime “El-P” Meline have created their most timely, politically charged record to date, with the pair stoned and angry about the police, the government and the mob-handed and misinformed: “El spits fire, I spit either,” raps Mike on “A Report To The Shareholders”. “We the gladiators that oppose all Caesars.”

A long way from the cat noises of 2014’s Meow The Jewels, cuts such as the 6/8 groove of “2100” or “Thieves! (Screamed The Ghost)”, featuring Tunde Adebimpe, conjure up images of apocalyptic street violence and sample Martin Luther King. “How long before the hate that we hold lead us to another Holocaust?” begins Mike on “2100”, while on the Danny Brown-featuring “Hey Kids (Bumaye)” he spits, “Fucking fascists/Who are you to give 50 lashes?”

RTJ2 might have been brutal, but RTJ3 is more expansive, especially as the album builds to a climax: jazz maven Kamasi Washington features on “Thursday In The Danger Room”, his saxophone interlaced with the chorus, while two-part closer “A Report To The Shareholders/Kill Your Masters”, featuring Zac De La Rocha, begins with stabbing guitar reminiscent of Miles Davis’ On The Corner, before devolving into apocalyptic synth drones. “And it’s a loop,” raps El-P, “they talk to you just like their rulers do/These fucking fools have forgotten just who been fooling who.”

El-P’s production is sublime throughout, his deft arrangements turning “Call Ticketron” into a futuristic melange of glitchy Warp-like beats, serrated synths and a chopped sample from a ticket-booking line. Meanwhile, the sci-fi funk of “Oh Mama” might be more relaxed, but Run The Jewels’ warnings are as vital as ever: “You acting like it’s safe when the revolution’s been called off,” they chant. “There’s liars on the loose, if we listen to you we’re all lost.”