Return Of The Killer Tomatoes 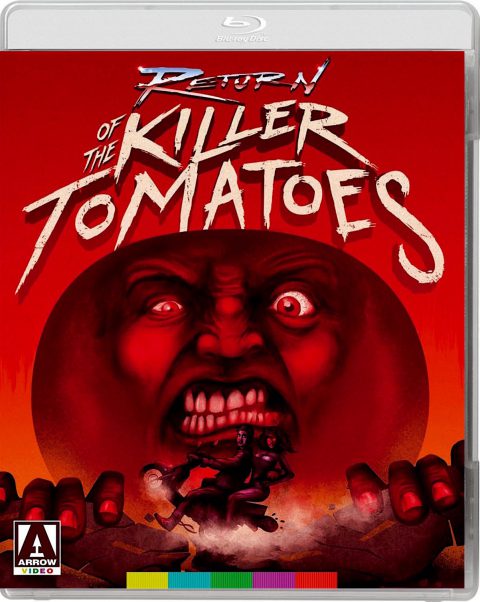 The children who’d been raised on a steady diet of b-movie shockers during the 1950s and 1960s themselves became filmmakers during the 1970s and 1980s. To a degree, this accounts for the genre revival in full flow during that period – everything from Airplane! to The Rocky Horror Picture Show or even The Evil Dead owed some kind of debt of gratitude to the low-budget midnight movie mainstays of earlier decades. One of these was 1978’s Attack Of The Killer Tomatoes, directed and co-written by John DeBello, a man who had stretched his franchise to three sequels and a TV series.

In the first film, a group of scientists banded together to save the world from mutated killer tomatoes; but of course the pesky pomodoro are back! Fans of George Clooney will doubtless enjoy an early glimpse of ER’s dashing Dr Doug Ross, here as the flatmate of the film’s hero. If the first film was a broad horror pastiche, this sequel plays for scattier, more off-the-wall laughs. The fourth wall is routinely broken, there is a fight between cowboys and ninjas – it just happens, right – and a jawdropping moment at the end where the budget seems to have run out and the cast elect instead to advertise consumer goods for the remainder of the running time. The plot – such as it is – concerns the evil machinations of Professor Gangreen (John Astin, Hector Gomez in 1960s’ The Addams Family TV series); though don’t let a story put you off. Not when there’s cowboys vs ninjas to come.