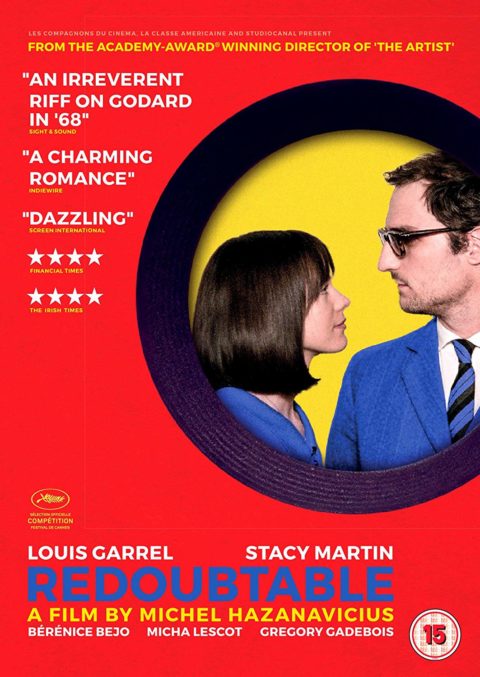 Michel Hazanavicius has based a career around celebrating movies. His early films OSS 117: Cairo, Nest Of Spies and OSS 117: Lost In Rio were spy parodies, but his last film saw him up his game considerably: a paean to silent movies, The Artist won Best Director and Best Picture Oscar.

His latest, Redoubtable, finds him tackling another golden era of filmmaking: it is an account of New Wave master Jean-Luc Godard during the late 60s, where inspired by the radical times, the director disowns his prestigious back catalogue and dreams of embracing a more political form of cinema, inspired by hardline theory and polemics.

It is, in many ways, a very playful film set against a serious backdrop. “I’m not Godard,” says Hazanavicius’ lead, Louis Garrel, “I’m an actor playing Godard.” This kind of sly irreverence cuts sharply against the ’68 protests that rock Paris, which are depicted unsparingly and unsentimentally.