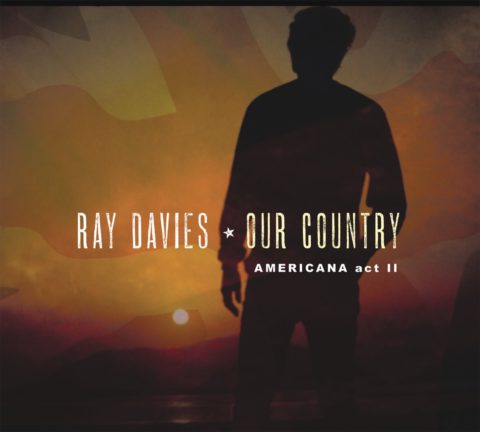 Ever since The Kinks’ Something Else, 51 years ago, Ray Davies has aimed at something more than just pop music. He’s tried concept albums (Arthur), stage shows (Preservation) and even had his own jukebox musical (Sunny Afternoon).

No wonder, then, that Davies’ fourth solo LP of the century has a conceptual framework to underpin its musical peaks. Like its 2017 predecessor, and Davies’ memoir, both titled Americana, Our Country continues the singer’s ruminations on the US. There are new songs, but also new versions of old Kinks gems such as Oklahoma, USA and Davies solo tracks such as 2006’s The Getaway, all performed here by Davies and most of crack Americana combo The Jayhawks with considerable assurance.

Once again, it’s strange to hear a writer so linked with Englishness singing about America. On the opening title track, he presents the US as a utopia – “People came from all parts of the world/To settle in this great land/To live in peace and harmony/That was the dream” – but there are soon hints that the dream is still far from reality. Bringing Up Baby cleverly essays generational strife over a country lilt, while The Big Guy finds Davies recalling The Kinks’ security guards and how one of them might have stopped him turning down that fateful street in New Orleans in 2004, where he was shot by a mugger: “Bobby, Bobby, gave me security/Now you’re both sadly demised/I can’t believe I’m still alive…”

On Epilogue, Davies threatens his mugger, and restates his London roots, before a reimagining of 1971’s Muswell Hillbilly ends the record with a nod to the songwriter’s – and The Kinks’ – pasts. Clearly enjoying this late-career purple patch, Davies is in fine voice throughout Our Country, his pen as sharp as ever. “Vengeance… London-style,” he says. “Know what I mean?”