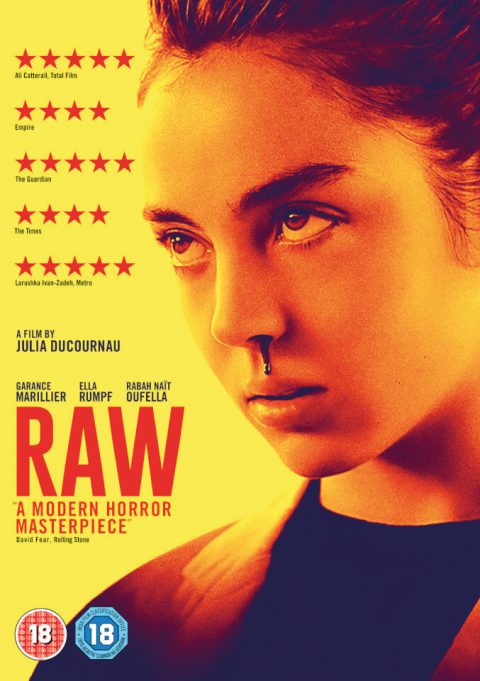 In September 2016, paramedics were called to a Toronto film screening after some audience members fainted during the debut from French/Belgian writer/director Julia Ducournau. Raw, it seems, is too raw for some cinemagoers…

Her film tells the story of Justine (Garance Marillier), a vegetarian, who becomes a cannibal at veterinary college. Her downfall begins during a student initiation rite – when she is required to eat uncooked rabbit kidney. Her reaction prompts a whole new appetite; soon, her culinary explorations develop an intoxicating energy of their own. Elsewhere, you might find dead dogs, sedated horses and other uncomfortably hallucinatory images. Ducournau’s film arrives at a point where there are few taboos left in horror – but cannibalism is surely still one of them.