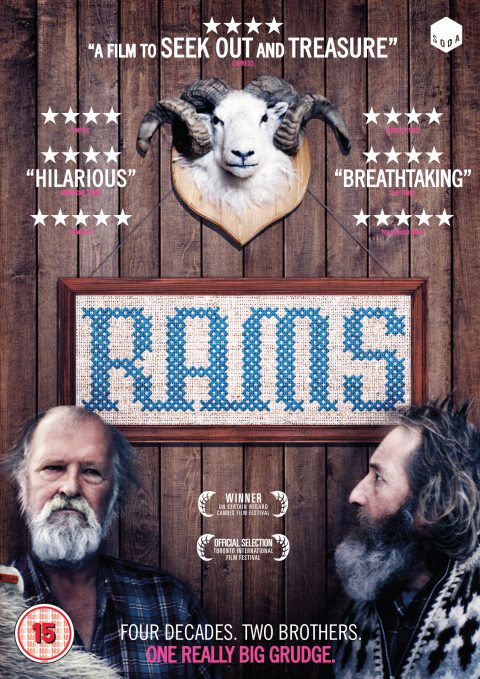 A deadpan yarn about feuding sheep farmers in the frozen north of Iceland, Grímur Hákonarson’s film is partly a darkly comedic meditation on human resilience and partly a study of the region’s harsh but majestic landscape. The two things, it transpires, are compatible.

Sigurður Sigurjónsson and Theodór Júlíusson play Gummi and Kiddi – estranged brothers who compete with each other for the ‘best ram’ contest, a highlight in the local community. Although their farms are adjacent, they don’t speak: instead Gummi passes notes to Kiddi’s resourceful sheepdog to deliver. Kiddi, meanwhile, takes a shotgun to Gummi’s bedroom window. When an outbreak of the fatal Scrapie disease threatens the livelihoods of both men, the brothers are forced to put aside their decades-old rivalries and work together.

The film moves from the relative lushness of summer to the deep freeze of winter; a bitter, inhospitable time and the perfect moment for tragedy to strike. “This is going to be a hell of a winter,” says Kiddi, when their silence is finally broken. “No sheep. Just the two of us!”

Hákonarson presents his two antiheroes as men out of time, the last vestiges of a near-obsolete way of life. Sigurjónsson and Júlíusson – both in their sixties – convincingly convey their characters’ hardscrabble lives, their deeply lined and wrinkled faces resembling nothing less than the intricate and impressive wood-carvings of ancient and formidable Norse deities.