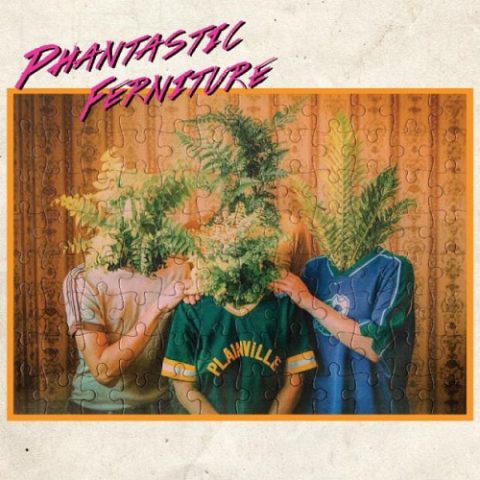 Melbourne and Perth seem to get all the musical love these days, but there are sizable sparks in Sydney too – this new project from indie-folk singer Julia Jacklin, for example.

Jacklin’s solo career has been a hit, but Phantastic Ferniture, a group also featuring Elizabeth Hughes and Ryan K Brennan, is an opportunity for Jacklin to use her extraordinary, rich and sumptuous voice on more upbeat, danceable material. Across nine songs and just 35 minutes, the trio try their take on garage-rock and reverby indie, and the results are effortless and inviting.

Uncomfortable Teenager features an earworm of a chorus, Jacklin singing “You gave it away/Gotta move far from home”, while the wonderfully titled Fuckin ’n’ Rollin sounds like Best Coast and Beach House teaming up for a dusty roadtrip. Later in the album, closer Mumma Y Papa is airy post-punk that recalls The Cure with the propulsion of prime Strokes: “I was drunk from too many daquiris,” trills Jacklin sleepily. “See I’d been out drinking an hour before just to get the courage to walk to your door.” Not all of this self-titled debut is as danceable as the trio claim, though: Take It Off is strutting blues-rock, and the pulsing I Need It sounds like Deerhunter at their most accessible.

Ultimately, Phantastic Ferniture might not be the most original group to grace your stereo, but there’s a charm here that is surprisingly rare. Jacklin, Hughes and Brennan have allowed inspiration to flow freely and purely; for a sassy, feel-good record sung by one of indie’s most enticing, charismatic voices, look no further than this compact gem.