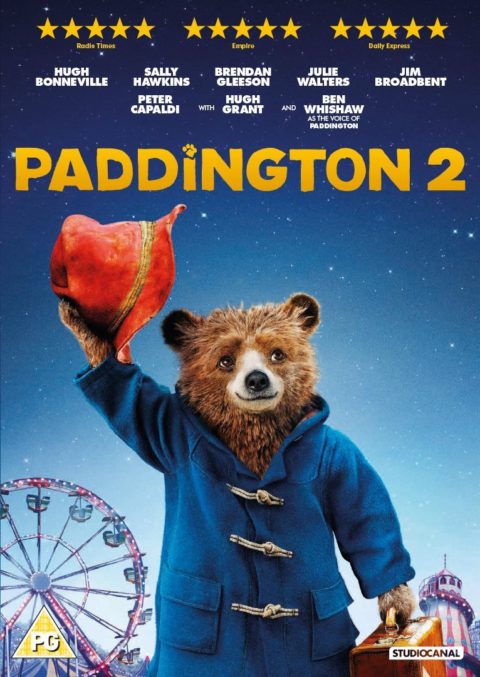 The great debate – can a sequel ever improve on the original film? – is usually answered with a litany of films including The Godfather Part II, The Empire Strikes Back and Aliens. Now, please, add to that list Paddington 2.

The bear is back, and this time it’s personal – that is, because Paddington finds himself wrongly accused of theft and incarcerated. What begins as an attempt to clear his name becomes a more intimate struggle between Paddington and the real thief – Phoenix Buchanan, an actor played by Hugh Grant. Understandably, Grant has notched up a number of significant award nominations for what is essentially the kind of lightly comedic role he is adept at. Alongside him are deployed a number of carefully selected Brit thesps – Hugh Bonneville and Sally Hawkins as Paddington’s adoptive parents as well as Brendan Gleeson, Jim Broadbent and Richard Ayoade. That it is warm, funny and charming goes without saying.