one more time with feeling 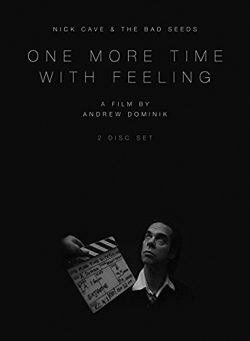 The last film about Nick Cave, 20,000 Days On Earth, offered a lightly fictionalised account of a day in the artist’s life, exploring the fine line between the private person and the public persona.

Andrew Dominik’s new film, One More Time With Feeling, occupies a similarly grey area. It pivots round a period of intense private grief – the death of Cave’s 15 year old son, Arthur, in July 2015, midway through recording the latest Bad Seeds album, Skeleton Tree. We witness a family coming to terms with their loss and a group of musicians trying to plot a course through a difficult emotional time. But the film is in itself a creative undertaking. The opening sequence finds Cave offering dryly disparaging views on Dominik’s “ridiculous 3D black and white camera” while, later, a performance of the Skeleton Tree song Distant Sky morphs into magic realism. The slippage between documentary fact and creative embellishment adds an extra layer to Dominik’s compelling film.