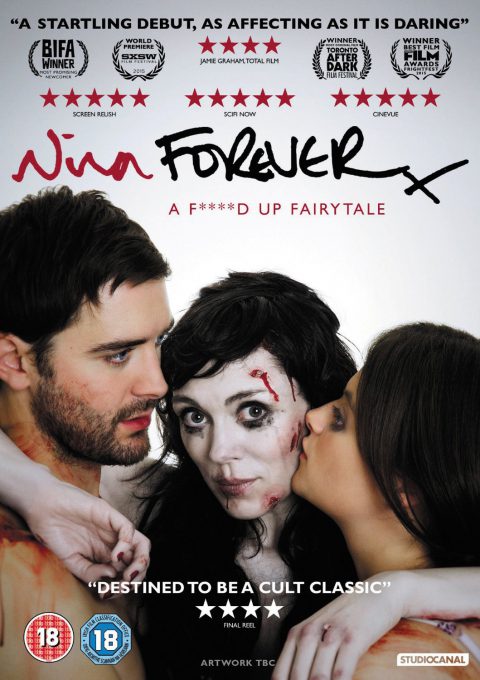 The feature debut of brothers Chris and Ben Blaine, Nina Forever explores the difficulties two former partners find moving on in the aftermath of a relationship. Rob (Cian Barry) mourns his late girlfriend, Nina (Fiona O’Shaughnessy), who died in a motorcycle accident. A co-worker, Holly (Abigal Hardingham) attempts to help him through his grief; but alas, even in death Nina is reluctant to let her beau go.

Her strategy to undermine the new lovers’ relationship extends to haunting their bed during sex. Much as Ben Wheatley has routinely spliced horror genre tropes with strong social realism, so the Blaine brothers’ spirited horror comedy mixes moments of Mike Leigh-style kitchen sink pathos with more gruesome flourishes. Meanwhile, the film’s rainy, suburban quality tangentially recalls Hellraiser – another horror set in the sleepy heart of suburbia. It is an assured first feature, brought vigorously to life by its promising young cast.