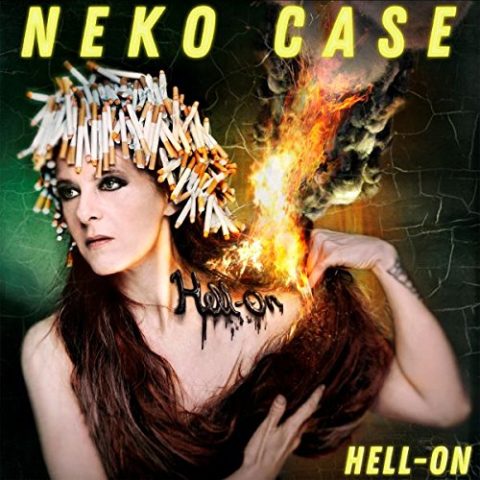 Across her long career as a solo artist, Hell-On marks the first time Neko Case has produced herself without the assistance of, say, Tucker Martine or Darryl Neudorf. On the evidence of this, her epic, multi-faceted seventh album, it seems that Case may only need a producer to help sift through her many ideas rather than provide any of their own – the genres, guests and lyrical moves here are many, and impressive.

Bad Luck, for instance, is a doo-wop charmer, featuring backing vocals from former Go-Between Robert Forster, while Sleep All Summer is a tender duet with her long-time band member, Eric Bachmann of Archers Of Loaf. There are special guests everywhere, mostly on backing vocals, including Beth Ditto and KD Lang, but the songs featuring Case alone are just as strong – Gumball Blue and Dirty Diamond are earthy Americana, and reminiscent of her earlier collaborations with Calexico and Giant Sand, while the opening title track starts like late Captain Beefheart, before moving through a number of tempo changes and movements.

Lyrically, Case is on wonderful, hilarious form – in one song, she recalls crying so hard she “pissed” herself, while on another she admits that she forgot to put on any underwear – but there’s also very much a serious side to Hell-On, with Case working through the trauma of a fire which destroyed her home in Vermont.

52 minutes long, and at times as slickly and luxuriously overstylised as the album’s cover image, Hell-On is a lot to take on in one go. The peaks, however, are some of Case’s highest yet, typified by the euphoric climax of the closing Pitch Or Honey. However, Curse Of The I-5 Corridor featuring Mark Lanegan, is the highlight, with Case candid and nostalgic: “I left home and faked my ID… I was stupid then…” Still a very human songwriter, then, but with superhuman talents.