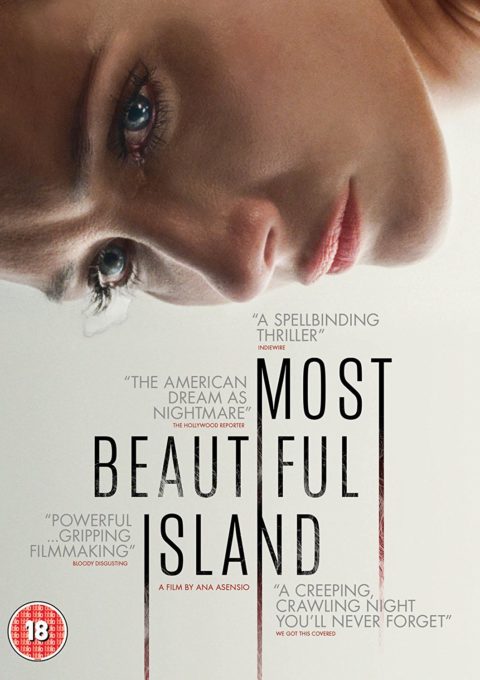 The work of Spanish actor Ana Asensio, who writes, stars, directs and produces, Most Beautiful Island explores the lot of multicultural strivers in contemporary New York. Asensio plays Luciana, who is making her way, hand-to-mouth, in a new city. The first half plays like a semi-documentary about the immigrant experience: we see her struggle with health care payments & fall behind on grocery bills. This early part of the film presents the downside of the American Dream; although what happens around the halfway mark, suggests another aspect to the coming to America myth: that is, deploying ingenuity and bravery in the face of unusual hazards. In an unexpected narrative shift, Luciana is offered a considerable sum of money to stand around looking pretty at a high-end party wearing a black dress. There is, she is assured, no funny business involved. There is, of course; just not necessarily of the variety one might initially imagine. Is it a slice of socio-realism with a horror film bolted on to the end? Or something different altogether? Only you can decide.