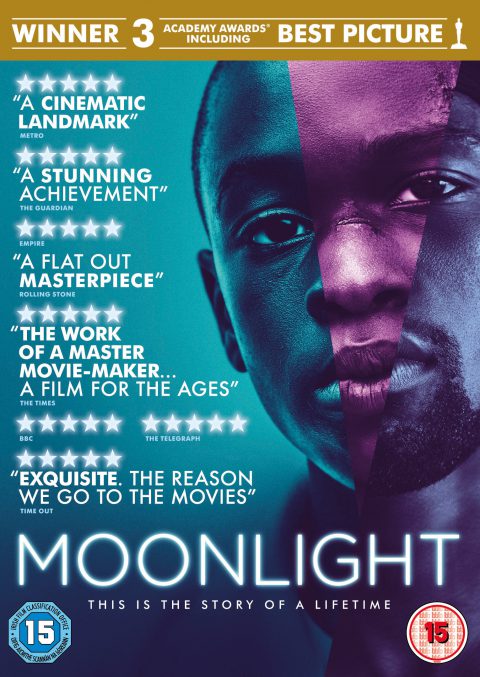 Moonlight is an intimate film that is unafraid to take on big subjects. At heart it is a love story, but more than that it is a film about family, the ties that bind and what it means to be a black, gay man in contemporary America.

Like Richard Linklater’s Boyhood, Moonlight ostensibly follows a sensitive adolescent on his journey towards maturity. It begins in Miami, during the 1980s, just as the crack epidemic is taking over the housing projects. It is there we first meet Chiron, a small, under-nourished schoolboy nicknamed ‘Little’ who falls in with Juan (Mahershala Ali), the local drug dealer, and his girlfriend, Teresa (Janelle Monáe). Rather than try and groom him, Juan assumes paternal responsibility for the boy. This offers a sharp contrast to Chiron’s relationship with his mother Paula (Naomi Harris); an addict whose erratic behaviour pinballs between neglectful and smothering. Over a meal one night at Juan’s, Chiron asks what a ‘faggot’ is; then asks if he himself is a ‘faggot’. It is one of several flashpoint scenes – but as he consistently proves throughout Moonlight, Director Barry Jenkins avoids clichés. Juan’s reply is careful, measured; mature. It is also filled with a weary sorry about what awaits Chiron as he grows older.

Chiron is played by Alex Hibbert in these scenes – the film’s sections are titled ‘Little’, ‘Chiron’ and ‘Black’ – and when we meet him again, as a teenager (Ashton Sanders), he is still rake thin, withdrawn and lonely, hiding his sexuality in the perilous surroundings of high school. In the third act, Chiron is now a man (nimbly played by former athlete Trevante Rhodes), who has followed the path of the only father figure he has ever known – Juan – to become a drug dealer. In town, he reunites with a school friend Kevin (Andre Holland), with whom he had his only sexual encounter. As befitting its stage origins – In Moonlight Black Boys Look Blue by Tarrell Alvin McCraney – Moonlight is a relatively small-scale piece, but it aims for the stars.