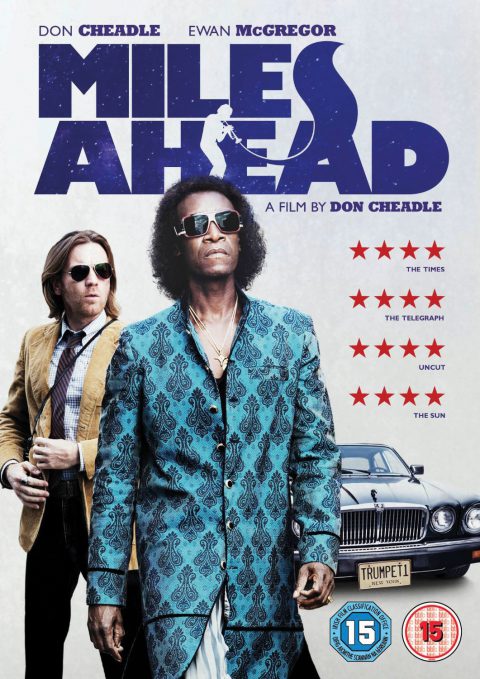 Don Cheadle’s superb biopic is set in the 1970s, during a five-year period where Miles Davis absented himself from both the recording studio and the stage. Here, Cheadle concocts entirely fictional events concerning the efforts of Davis and a Rolling Stone journalist (Ewan McGregor) to track down a reel of new music that have fallen into the hands of an unscrupulous record exec (Michael Stuhlbarg).

The tape is a McGuffin, but its contents provide Cheadle the opportunity to flashback to an earlier part of Davis’ life and his fraught relationship with his first wife, Frances Taylor (Emayatzy Corinealdi). In the hairy Seventies, Davis is trying to account for his many losses – both personal and financial – and Cheadle is terrific as Davis, straining to find his place in a time he views with increasing disdain. At times, the scenes set during the Seventies resemble a ‘70s caper movie. But these moments of seasoning swing. And why not? As Davis said, “It’s not the notes you play, it’s the notes you don’t play.”