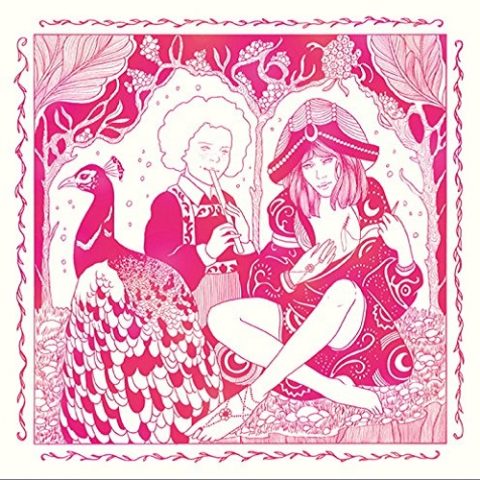 It’s been six long years since the debut album from Melody Prochet; in that time, the French singer and songwriter has struggled to make another, split with her boyfriend and producer, Tame Impala’s Kevin Parker, and scrapped almost all her efforts.

In an attempt to heal, spiritually and more, Prochet headed to Sweden a couple of years ago to work with Reine Fiske and Fredrik Swahn of Dungen. If there was a motto for the sessions, it seems to have been ‘anything goes’, such is the cavalcade of sounds Prochet and her lieutenants have created. It could easily have been a mess, but the result is instead one of the most fascinating and fun albums of the year.

Opener Cross My Heart illustrates the LP’s range, moving suddenly from Gainsbourg-esque strings to a breakdown of ’90s hip-hop, Prochet manipulating all manner of samples. Desert Horse is similarly out-there, starting out channelling Tinariwen and Black Sabbath before an Air-like Auto-Tune appears. Shortly after, Atlantan trap drums enter alongside feedbacking guitar and Mellotron; but these fragments all fit together, stitched into a whole by Prochet’s freewheeling vision and her keening voice.

The album’s second half is a little more restrained: Quand Les Larmes D’un Ange Font Danser La Neige, for example, is a tender ballad that transforms into a storm of fuzz bass, Prochet seeking some way of healing. Best of all is Visions Of Someone Special, On A Wall Of Reflections, which incorporates zithers, psychedelic synths and a guitar quotation from Gainsbourg’s Ford Mustang into a bilingual hymn of grief.

This is a labyrinth-like album, full of glorious blind corners – what’s with the eerie screams throughout? What on earth is going on in the poem that cuts into Quand Les Larmes…? Ultimately, the answers probably don’t matter – Bon Voyage is an album that resides very much in its own world, and it’s wonderful to spend some time there.